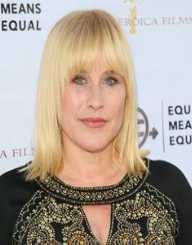 Not only is Patricia Arquette famous for her NBC show but also her prominent family. She is the elder sister to Rossana Arquette, David Arquette and Alexis Arquette who are all actors. Patricia possesses a soft and Southern-ring voice escorted with her beautiful blue eyes. Not to mention she is capable of acting in a terrifying and at the same time a humorous way. In 1995, she was married to Nicholas Cage, but this didn’t mean that Patricia liked the celebrity world. She prefers to remain on the rise to stardom area.

On April 8, 1968, Patricia Arquette was born in Chicago, Illinois in the United States to Brenda Olivia and Lewis Arquette. She comes from a backgrounded family of actors and performers linked to the entertainment industry. Her mother was a professional therapist, artist, and writer. Her father was also an actor and director.

Patricia has spent her teenage life as a rebel. At the age of 12, Arquette was caught shoplifting some items in the nearby store. In the early 70s, Arquette went to ‘Mid-City Alternative School as well as Los Angeles Center for Enriched Students after they moved in 1974.

At the age of 15, Patricia went to stay with her sister Rosanna who was at that time an upcoming actress. As time passed, she tried to follow her sister’s footsteps of becoming a famous actress. She opted to take acting as a career and went to Milton Katella’s who was famously known as a drama coach.

Around 1986, Patricia Arquette landed her first acting role in the ‘Pretty Smart’ as Zero. She followed it up with ‘A Nightmare on Elm Street 3’ and later produced her one television film known as ‘Daddy.' In 1991, she acted like a deaf, and epileptic girl in a ‘Wildflower’ and received the Best Actress nomination. She continued to scale to the higher levels in the 1990s where she appeared in movies like ‘Ethan Frome, Flirting with Disaster, True Romance, Los Highway and others.

The films showcased different characters including horror, comedy, romance, and thrillers. The ‘Flirting with Disaster’ movie in 1996 earned her $14 million and was seen at the Cannes Film Festival. She also took a role in one of the Louis Sachar’s novel and acted in ‘Holes’ film which ranked number two at the box office.

From 2005 to 2011, Patricia performed on the NBC television series called ‘Medium’ and played 130 episodes. The series garnered a Leading Actress Award. Her prominent role as Olivia Evans earned her several awards such as BAFTA, Golden Globe, Oscar and Choice Movie Award.

For her twenty years of acting different roles, Patricia Arquette has also participated in various charity work and causes. In 1997, she took her time and gave people a chance to know more about breast cancer. Patricia also appeared in the Race for Cure and Lee National Denim Day. In 2010, she organized a non-profit organization to help victims of Haiti. She also appeared in the television ad ‘PETA’ for impoverished cats and dogs.

In her twenties, Patricia Arquette dated Paul Rossi, a musician with whom she got pregnant with Enzo Rossi, her son. In 1995, she married a celebrated actor Nicholas Cage, but they later parted ways after nine months and got a divorce in 2001. In 2002 Patricia and Thomas Jane, the actor got engaged, and Harlow Olivia was later born. After four years of courtship, the couple opted to get married in 2006 but then got divorced in 2011.