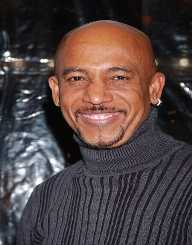 Williams attended Andover High School and did well academically. After graduating from high school in 1974, he joined the Marines and studied at the Naval Academy Prep School on Rhode Island. He subsequently enrolled at the US Navy Academy (1974-1976) and obtained a B.Sc. Engineering (1977-1980).

At the end of the 1980s, Montel Williams decided to resign from the military and left with an honourable discharge.  He then began a career as a motivational speaker. In 1991 Williams secured himself a television daytime talk show.

The Montel Williams Show made history because Williams was the first Black man in the United States to host a television daytime talk show. It was a huge success, and in 1996 Williams was awarded the Outstanding Talk Show Host Emmy. The show ran from 1996 until 2008. Between 2009 and 2010, Williams hosted a daily radio show, Montel Across America.

In 2010 Montel Williams appeared on the Oprah Winfrey show.

Along with Catherine Bell, Montel Williams co-hosted the 13th annual Genesis Awards at the Beverly Hilton Hotel in Beverly Hills, California in 1999.

Montel Williams is an author and has published a number of books. These include Mountain, Get Out of My Way: Life Lessons and Learned Truths (1996); Practical Parenting: Giving Your Kid the Tools to Navigate Life’s Rough Waters (2000) and two other books in the Living Well series.

Won an Emmy Award for Outstanding Talk Show Host in 1996.

Although previously a Republican, Williams supported Hillary Clinton in the 2016 Election Williams.

Montel Williams was born into the Roman Catholic faith but later left the church.

Montel Williams was diagnosed with Multiple Sclerosis in 1999. He has stated that he uses medicinal cannabis to alleviate the pain of MS symptoms.

In 2014, Williams appeared before a Congressional committee about the arrest of a Marine Sergeant, Andrew Tahmooressi.

Williams founded The Montel Williams MS Foundation and had used his celebrity to raise awareness and funds.

He often speaks out on behalf of US Military veterans, and he is also a vocal supporter of medicinal cannabis.