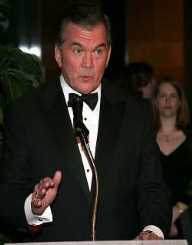 Born into a Catholic family, Tom Ridge served as an altar boy. He was a gifted student who did well at debating and athletic. His father was a veteran who in civilian life worked as a traveling salesman. Ridge’s father was a Democrat and his mother, a Republican.

Tom Ridge was initially educated at the Cathedral Preparatory School. In high school, Ridge won a partial scholarship to attend Harvard University. He then worked in construction to fund the balance of the fees. In 1967, Ridge obtained a B.A. (Hons) in Government Studies. Ridge had just started his law studies when he was drafted to Vietnam in 1970. Upon returning from service, he completed his law degree at the Pennsylvania State University’s Dickinson School of Law in 1972.

Tom Ridge worked as an attorney before entering politics in the 1980s when he won a congressional seat. Later, he was appointed Assistant District Attorney in Erie, and he served for six terms before running for governor in 1994. He was named Governor in 1994 and subsequently re-elected in 1998. He was famous and focused on health care, the environment, education and economic development.

Shortly after 9/11, George Bush appointed Tom Ridge as the first director of the Office of Homeland Security. This office later became an official cabinet department, and Ridge’s role changed to the Secretary of Homeland Security. After President Bush’s first term in office, Ridge decided to return to the private sector.

Ridge has since served on some boards, work as a senior advisor to major companies. He also founded Ridge Global, a firm specializing in security matters.

When serving in with US Army during Vietnam, Tom Ridge was awarded some medals including the Vietnam Gallantry Cross Unit Citation with Palm and the Bronze Star.

Ridge's main achievement was serving as the Director of the Office of Homeland Security during the difficult days following 9/11.

In 2009, Tom Ridge published a book The Test of Our Times. This book was co-written with Larry Bloom. An inside look at post /911 and government, the book also offers ideas for a national ID card and the use of biometrics to track visitors to the United States.

Michele and Tom Ridge married in 1979.

Tom Ridge is a Roman Catholic.

He will be remembered as the first Secretary of the Office of Homeland Security, immediately after 9/11.

Tom Ridge pro-choice stance on abortion sometimes made him unpopular with conservatives.