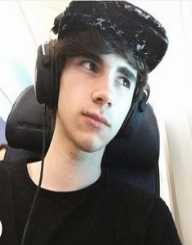 Zachary Graser is known by the celebrity name Graser10. He hosts favorite global gaming channels on YouTube. Zachary got his celebrity name from the name of his channel, which is also called Graser10. He has been a YouTube since he was eight years old and needless to say he has a pretty solid fan base. Most of his fans are children aged between 6 and 15. His YouTube channel has not less than 2,200 video uploads. On average, he uploads 1-3 videos per day.

Although had other channels that covered other games, Graser10 focuses on Minecraft gameplay, tricks, cheats and everything there is to the game. With about 550,000 subscribers to his channel, Zachary Graser ranks at #977 on the most popular individual's table.

Grazer was born on the 16th of January 1997 in Canada. He lives in Ottawa, Ontario in Canada with his father, his mother Donna Graser and two brothers Adam and Josh Graser. Their father does not like the spotlight too much, and therefore little is known about him. However, there was this one time when Graser pranked him into believing that he had fallen off an airplane on his trip to Los Angeles and had been hospitalized at the time. Aha! Did I forget to mention that Graser10 is a prankster? Well, he is. He uploads prank videos on his channel every once in a while with his ‘family,’ the group Cube SMP. He was a bully in high school.

He has since then developed quite a philanthropic character, setting a good example for his young fans. Graser10 used to play hockey in his younger days. The dream of his childhood was to become the best ‘flat faced bus driver ever’. Too bad that one didn't come true. Being a cat lover, Zachary has pet cats, namely Marley, Shadow, and Max.

Since elementary school, Graser had his head buried deep in gaming. He used to talk about playing his video games all the time. His game was the one thing on his mind when Zachary got home from school every day. One time he said that he wished all he could do all day was just play video games. That did come to pass. Since he finished high school, Graser chose to devote his full time to his channel and social media accounts.

He created his first channel on YouTube at age 8. The chain was for Club Penguin and Poptropica which are both video games. In it, he offered tips and tricks on how to navigate through the games. He uploaded these through two other channels he owns, ‘Graser8’ and ‘GraserPlays.’ On the same channels, he uploaded videos of his ‘Grand Theft Auto V’ gameplay. He went on to pick up the game Minecraft, and this has been the highlight of his career. Evidently, the thing that draws so many people to his channel is his style of play. He approaches the game with an adventurous and fearless attitude, which reflects a lot about his character in real life.

Graser always says that you should play entertainingly and excitingly, not just to achieve the best rankings and mine all the time. Also, his sense of humor attracts a good number of his fans. He always comes up with clever puns and hilarious phrases in his videos, promising a good laugh for everyone who watches him.

Close to the end of 2013, Graser10 formed a Survival Multiplayer Server (SMP) called The Cube in Minecraft. The Cube has been running for three seasons now, and it still is. Graser10 has been a member of The Cube since he created it. The SMP has around 20 members who live together and frequently collaborate and help each other, like a family. There are, however, a few members of the SMP who chose to exit for one reason or the other, like his friend Thinknoodles who left due to differences with Graser.

Among the SMP members, Graser forms collabs most frequently with StacyPlays. Together with Thinknoodles, Graser10 devised the Ultra Hardcore Survival (UHC) mode for The Club. UHC is a sort of hunger games tournament in Minecraft. The UHC has been running for nine seasons now. Graser10 was the victor in the first season. His gameplay is quite exquisite, as he tends to avoid open confrontation. Instead, he will opt for a sneak attack or come at you when you're most vulnerable.

Zachary Graser is left handed. He is a very secretive person, and people guess that he only discusses personal matters with close friends and family. His face first surfaced on the internet in 2014, through a photo taken by one of his buddies. On the 100th episode of The Cube SMP, he posted a childhood photo of himself. The official revelation of his face was in 2015, through a video of him skydiving. This action was in a bid to rise above his acrophobia.

Graser has since then grown comfortable showing his face on YouTube. He owns a vlog where once in a while he uploads a video of himself, sometimes with his brothers Adam and Josh. During the anniversary of The Cube late last year, Graser10 posted the video ‘Draw My Life,’ answering most questions about his personal life that fans kept asking. In the video ‘How to deal with hate,’ Graser shared with subscribers his fitness program. Ever since he began the fitness regimen, he has shed some 60 pounds. He is always encouraging his fans about exercising and not giving up on their fitness procedures.

Graser has a quiet, humane side to him. He released a video where he detailed his contribution towards ALS community when the entire internet community was abuzz with the ice bucket challenge. Gracer is always careful to be a role model to his young followers. He is quite an inspirational character, and that adds to the reason why he is so popular.
Graser10 is currently single. He says that the channel and all the social media correspondences take up too much of his time and concentration. He has said that he could not manage to hold a functional relationship and that he prefers to remain focused on YouTube. He terms a relationship as a distraction. For some time, this caused rumors that he was gay, but those eventually disappeared.

Other achievements and significant events

Graser has written a book called ‘Mysterious Castle: An Unofficial Adventure.’ The paper describes his adventure-filled and adrenaline packed adventures in Minecraft gameplay.
Also, he got so excited when his channel got 2,000 subscribers that he threw a party in his Club Penguin game. This jovial crazy part of him was there from the start.

Zachary Graser, or Graser10 as most people know him, is in the league of exceptional millennials. His fame is well deserved. His personality offers a lot to learn from and keep you entertained. His YouTube channel and twitter account are currently active, and he is still uploading videos and gathering more subscribers.