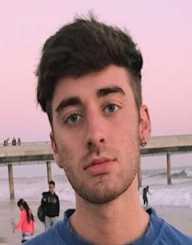 Social media has become a fun place for the most youth of today as one can explore, learn and display their talent. Gamers have also trooped in it especially on YouTube to post beautiful videos of their game plays. Joel SmallishBeans is one beautiful talent who makes playing games a fan. Born on June 29, 1993, he is a British who has taken social media by storm and has become one of the big gamers and YouTubers rocking the web.

With over one million subscribers with more than 1300 video posts, on his Joel SmallBeans channel on YouTube, he has become a social media sensational and one of the fantastic gamer in his own right. He posts lovely videos of his Minecraft and Beancraftgameplay to the delight of his subscribers. Joel is not only active on YouTube but also on other networks like Twitter, Instagram, and Twitch. The intriguing and fantasy story behind his success as a gamer serves as an inspiring story for will be gamers and he has become a role model for many.

Joel SmallishBeans was born on June 29, 1993. He had his education a Millthorpe School in New York. Though most of his childhood life is unknown, Joel may have picked his gaming interest while in school and from that small beginning, the sky is now his limit and he is leaving no stone unturned in the gaming world. Most of his gaming success was achieved through his presence on social media, and the 23-year-old future star is a fan to watch.

Joel SmallishBeans' gaming interest took a different twist after he announced his presence on social media. He created his YouTube account on October 4, 2008, but did his major posting in 2010. The first video titled GermanPompano, the XBL DJ was a huge success and gained him a substantial number of followers. Joel started with Minecraft and moved on to other games. Slowly but surely, he caught the attention of many other fans who trooped to his channel Joel SmallishBeans.

Currently, with over one million subscribers and 1368 video post, Joel SmallishBeans is on his way to stardom and has become a social media sensational. He has over 193,000 followers with his Twitter account, thesmallbean and substantial followers on Instagram. Today, many aspiring gamers and followers have come to terms that Joel is doing fantastically well as a pro and serving as a role model. His rise in subscription proves how genius he has become and how lovely fans love his games.

Joel SmallishBeans has a beautiful love life with his longtime girlfriend and fellow YouTuber Lizzie. The two met at in 2011 at GameFest and initiated a conversation. This was the beginning of their love story and has since remained intact. Despite an initial hiccup since Joel was dating another person, the two made it possible and announced their relationship to the world in 2012. The two lovebirds have a perfect relationship, and their success has become a talk among their circles. Lizzie is also a sensational gamer with nearly three million subscribers on her LdShadowldy channel on YouTube.