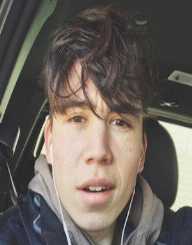 Canadian Youtube personality Snow Reacts was born on the 1 September 2000.

Alex White’s forte on social media is reaction videos. At sixteen, in mid-June 2016 he began posting on YouTube and quickly gathered a loyal following. To date, he has almost half a million YouTube subscribers.

Clips include Justin Bieber Gets Thrown to the Ground After Making a Huge Mistake. His breakthrough video was Dance Mom which attracts over a quarter of a million views.

Snow on Twitter as @itssnowhimself has over ten thousand followers.