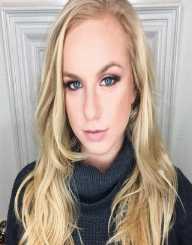 Anastasia Karanikolaou aka Stassiebaby was born on June 9, 1997, in California, USA. She is of Greek origin and hails from the Greek city of Thessaloniki. In California, she stays with her elder sister.

At the age of 11, Anastasia developed a deep friendship with Kylie Jenner and her family. This friendship with Hollywood’s highly famous sisters Kylie and Kendall Jenner helped her gain a strong foothold in the entertainment industry. She soon forayed into the industry as a model.

After starting a career in modeling, Stassiebaby caught the attention of many with her stunning looks and beautiful personality.  Her active presence on social media played an integral role in her rising popularity. She gradually became a social media star in her own right and had over 2.1 million followers on Instagram, 188k followers on Twitter and also a huge fan base on Vine and Facebook. The Greek-origin model is drop-dead gorgeous and leaves all her fans in awe of her photos and videos on Instagram and Twitter.

Anastasia has done a lot of work in the modeling industry. In January 2014, she did a photoshoot for the Nationalist Magazine. In May 2015, Stassie posed for the cover of the Teen Vogue magazine along with her two best friends Kylie Jenner and Telana Lynum. A significant source of income for Stassiebaby comes from the Instagram posts where she promotes a varied range of products. She was also the face of the newly launched ‘Shape’ collection by PrettyLittleThing’s. The collection is designed explicitly for voluptuous women. The 19-year-old has earned much fame and recognition as a model and an influencer.

Stassiebaby is also seen frequently on Kylie Jenner’s snapchat videos. The videos shared by Kylie are proof of their rock-strong friendship. During their teenage years, the two got acquainted with each other through common friends.  Their friendship blossomed, and they began to spend more time together. In the early years, Kylie Jenner was quite active on the social networking site Keek, and many of the videos posted by Keek features Stassie. The two have many similarities amongst them. Their sense of fashion is very much alike, and they are seen sporting similar kinds of clothing like rock Yeezus shirts and waist trainers. They also have a common set of close friends including the likes of Jordyn Woods, Hailey Baldwin, Jaden Smith and Justin Bieber.

Stassiebaby recently hit the headlines with her decision to go for a breast lift surgery. She underwent surgery under the supervision of celebrity plastic surgeon Dr. Ashkan Ghavami. This bold decision of hers came under fire due to the taboo associated with cosmetic and plastic surgery. However, Stassie has handled all the controversies with aplomb. As per reports, Stassiebaby currently lives in with her best friends Kylie Jenner and Jordyn Woods in a $2.7 million mansion. She is romantically involved with fellow Vine star and Internet phenomenon Sam Wilkinson. The two began dating in the year 2016.