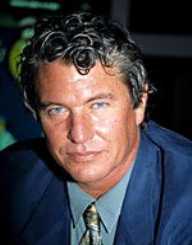 Tom Berenger is an American actor who was an Academy Award nominee for the 1986 military action film Platoon. Besides being involved in the film industry, he also starred on local television and won a Primetime Emmy Award for his work on the miniseries Hatfields and McCoys under the category of Outstanding Supporting Actor on September 23, 2012.

In 1988, he founded the Tom Berenger Acting Scholarship Fund as a means of recognizing acting students for exhibiting excellent performances on theater.

Tom Berenger is a father to six children and was married four times. In 1976, he married Barbara Wilson which bore him two children named Allison and Patrick Moore.

He married his fourth wife Laura Moretti on September 2012 in Sedona, Arizona.

Tom Berenger was born as Thomas Michael Moore in Chicago, Illinois on May 31, 1949. He came from a Roman Catholic family of Irish descent. His father worked as a traveling salesman and the printed for the Chicago-Sun Times publication.

He is an alumnus of Rich East High School which is located in Park Forest, Illinois. He graduated in 1967 and enrolled at the University of Missouri in Columbia.

Tom Berenger pursued a degree in journalism and attained his bachelor's degree in 1971 then shortly turned to act after realizing his calling towards the vocation. In college, he was a part of the university's production of a classic play by Edward Albee entitled Who's Afraid of Virginia Woolf? Which inspired him to pursue a career in the field of acting.

Rise to the Cinema Industry

Following his college graduation, Tom Berenger moved to New York to enhance his acting skills at the Herbert Berghof Studio. While honing his acting skills, he worked as a bellman at a hotel and a flight attendant to support himself.

Upon seeing that there was already a Tom Berenger listed in the Actors' Equity Association, he opted to use Berenger as his last name from a friend's suggestion.

Tom Berenger started taking roles in local soap operas of which he took on the lead role as lawyer Tim Siegel in the One Life to Live before landing his first feature film. In 1976, he made his debut with the independent film entitled Rush It and got his cinematic break when he starred opposite Diane Keaton as a killer in the 1977 film Looking for Mr. Goodbar. His portrayal got him into a lot of other film roles during the late 1970s to the early 1980s.

In 1983, Tom Berenger landed the role of television actor Sam Weber in the comedy-drama hit The Big Chill. Another stellar portrayal was executed by Moore when he took on the part of Staff Sergeant Robert Barnes in the war drama Platoon released in 1986. He won Best Supporting Actor in the Golden Globes and was nominated for an Academy Award for portraying the torn Vietnam official.

Besides being involved in the film industry, Tom Berenger also regularly participated in local television shows wherein the majority of his acts were made up of supporting roles.

One of his prominent portrayals was on the show Cheers as Rebecca Howe's love interest. For the role, he was as nominated under the category of Outstanding Guest Actor in a Comedy Series in the Emmy Awards.