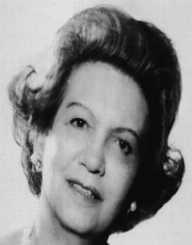 Born on December 31, 1884, was Florence Nightingale Graham to her mother, Susan Graham, and father, William Graham.  Her parents left the United Kingdom and moved to Canada to a town called Woodbridge where they had Florence, her brother, and three other children. Her father was a grocer whose business operated on the outskirts of Toronto, Ontario, and they lived on a farm.  Her mother, however, died when Florence was six years old. According to information, a wealthy family member paid for her and her sibling’s education. However, it states that she had to work to help the family with money issues. She did study nursing for a while but stopped because it wasn’t for her.  She did work as a secretary as well.

Moving To Her New Life

She moved to be with her brother around 1908 and started to work as a bookkeeper for the E. R. Squibb Pharmaceuticals Company.  While there she learned about skin care and makeup.  After leaving E.R. Squibb she worked as a treatment girl to a beautician. The beautician’s name was Eleanor Adair.  There she learned all she could until she decided to move out on her own.  Having saved $1000.00 she started her own salon with a partner she found, Elizabeth Hubbard in 1909.  Their salon was located on 5th Avenue.  Although the two did not do badly in business their partnership didn’t last long.  By the time 1914 rolled around, the two went their separate ways in business.

After the partnership ended, Florence decided to continue in the makeup business.  She started off by making a cream for a woman’s face and a lotion. Needing a name for her salon-she called it the Red Door, and also to change her name Florence Nightingale Graham became Elizabeth Arden.  The doors of Elizabeth Arden opened in 1910. Within one year of her opening the Arden salon her business began expanding. In another seven years, she opened up her first Parisian salon.  This expansion went into South America and Australia.

In 1912 she went to Europe on a trip and ended up in France. While in France she learned about beauty and facial massage techniques that women used over there in the salons they went too.  She also procured blush or as she called it rouge of different colors that she herself created.  Armed with this information she expanded her market for makeup into the international market.  This happened in 1915.

Prior to the Great Depression, she, Elizabeth Arden, owned 150 upscale salons both in the United States and outside the United States. The company claimed more than 1000 products available as luxury items in the market place. During the Great Depression, when most businesses lost money and died, Elizabeth Arden’s business flourished due to her developing travel sized products. The reason behind this huge expansion was the teaching that she did.  She felt that women needed to learn how to apply their own makeup.  She uses science to create her cosmetics, she pioneered the makeover and told women, people, it was important to coordinate the colors that they wear.  She had a chemist who worked for her at her place of business.  She also used science to make eye, lip and facial makeup as well.

Also during the Great Depression, Elizabeth Arden opened up the first residential spa called the Maine Chance which in actuality was her house converted into the business.  It was the first of its kind and stayed in business until 1970.

She made makeup acceptable for the regular women that weren’t prostitutes. She gave plain women beauty. She was one of the first to use mass marketing to sell her product to the public. She also made the first commercial to sell makeup to the public as well.

In 1990 Elizabeth Arden was bought by Unilever PLC and in 1993, the famous designer, Calvin Klein joined as well.

Interests Outside Of Elizabeth Arden The Company

In 1912 Elizabeth Arden along with many other suffragettes marched for women’s rights.  But not only did she march, but her company also supplied the lipstick that the suffragettes wore as they marched.  She gave them red lipstick. Not only did she like makeup, believe in women’s rights, vote Republican but she also loved racehorses.  She opened up her own horse farm where she groomed one of the winners of the Kentucky Derby in 1947.

Elizabeth also became involved in the fashion industry working with Oscar de la Renta and Charles James as well as a few others.  This helped to expand her name and her business.  She also got into the perfume business as well.

Ms. Arden also acted in a couple of films such as Modern Times and a Star is Born.  Due to her popularity in business, some felt that she had too much and felt that it was their duty after visiting her place of business to inform the FBI, that Arden was a Nazi sympathizer.  The allegations had to be investigated-but nothing was found to validate it. The report on the investigation is available for people to see.

In 1918, Elizabeth married Thomas Lewis, a banker from America who gave her citizenship in the United States.  He also was her manager for her company until the two divorced in 1935.  Following the divorce, he went to work for her rival, Helena Rubenstein. She did remarry however and not to just anyone but to royalty. She remarried the Russian Prince Michael Evlonft and divorced him in 1944.  Despite having no children she never was alone nor without male companionship.

Her Death And Legacy

In 1962 the government of France awarded her the Legion of Honneur which was in recognition of her contributions to the cosmetics industry. Within four years, Elizabeth Arden died. But her legacy of makeup, making women even plain women look beautiful, lives on.