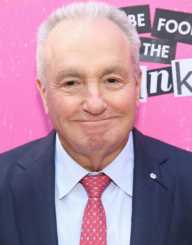 Lorne David Lipowitz known in the entertainment industry as Lorne Michaels is a Canadian-American actor, comedian, and filmmaker. Born on November 17, 1944, he is best known for being the brain behind Saturday Night live as creator and producer. He served as the producer of The Kids in the Hall from 1989 to 1995. Michael also produces shows like Late Night series since 1993 and The Tonight Show since 2014.

Lorne Michaels was born Lorne David Lipowitz on November 17, 1944, to Florence (née Becker) and Henry Abraham Lipowitz. His place of birth is uncertain and has become a subject of dispute. Some sources say he was born in Toronto, Ontario, in Canada, while others claim he was born in Israel then British-mandate Palestine. He has two other siblings. Michaels received education at Forest Hill Collegiate Institute and continued at the University College, Toronto, majoring in English. He graduated in 1966.

Lorne Michaels started his professional career as a broadcaster and writer for CBS Radio. In 1968, he moved from Los Angeles to Toronto, where he worked as a writer for Laugh-In and The Beautiful Phyllis Diller Show. As a comedian, he starred in the Canadian comedy series, The Hart and Lorne Terrific Hour alongside Hart Pomerantz.

Lorne Michaels worked with Dick Ebersol and president of NBC, Herb Schlosser to create the television show NBC’S Saturday Live in 1975. The name of the show later became Saturday Night Live in 1977. Michael served as the producer and writer of the show and then the executive producer. The show did not only become popular but also served as a vehicle on which many successful comedians in the United States launched their career. Saturday Night Live has won 36 Emmy Awards out of 156 nominations. He left the show in 1985 but later returned.

In 1979, Lorne Michaels founded the multimedia entertainment studio, Broadway Video, through which he produced the show The Kids in the Hall. He also created the sketch show, The New Show which debuted on NBC in January 1984 and lasted to only nine episodes. Michaels appeared in the HBO mockumentary, The Canadian Conspiracy in 1980. He served as the executive producer of 30 Rock and Up All Night until it was taken off the screen. He is the as executive producer of Late Night on NBC.

Lorne Michaels was inducted into the Television Academy Hall of Fame in 1999 and has a star on the Hollywood Walk of Fame and Canada’s Walk of Fame in 2003. He is a member of the Order of Canada for lifetime achievement since 2002. He also received a Presidential Medal of Freedom in 2016.

Lorne Michaels had married three times first to Rosie Shuster in 1971 and divorced in 1980. He then married model Susan Forristal in 1984, but that also ended in divorce in 1987. His third and current marriage is to Alice Barry since 1991. Michaels gained US citizenship in 1987.