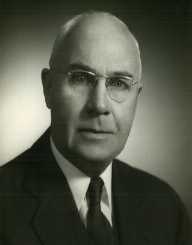 Nobel Prize Laureate John Bardeen was born to Dr. Charles R Bardeen and Althea Harmer on 23 May 1908. Bardeen, Sr, was Dean of the Medical School of the University of Wisconsin as well as a Professor of Anatomy. Bardeen’s mother died when he was twelve years old.

John Bardeen graduated from Madison Central High School in 1923. He enrolled at the University of Wisconsin where he studied electrical engineering; these studies included mathematics and physics. Bardeen graduated with a Bachelor of Science in Electrical Engineering in 1928. In 1936, he was awarded his Ph.D. from Princeton University.

After graduation in 1928, John Bardeen worked as a graduate research assistant at the University of Wisconsin for two years. During this time, he started working on mathematical problems in geophysics and on radiation from antennas. Here he was exposed to Professor J.H. Van Vleck’s quantum theory.

Following this work, John joined Gulf Research Laboratories in Pittsburgh, Pennsylvania. Professor Leo J. Peters was working there, and Bardeen was interested in the interpretation of magnetic and gravitational surveys. This research took place between 1930 and 1933. This was the period when geophysical methods were beginning to be applied to oil prospecting.

First and foremost a researcher in applied science, John Barden resigned in 1933 and took up graduate work at Princeton University, concentrating on mathematical physics. He worked under Professor E.P. Wigner and subsequently became interested in solid state physics. Still working on his thesis, he was offered a position at Harvard University. He was appointed as Junior Fellow of the Society of Fellows. For the following three years, his work at Harvard concentrated on the cohesion and electrical conduction in metals (1935-1938).

After this, John Bardeen joined the University of Minnesota as Assistant Professor of Physics (1938-1941) and between 1941 and 1945, he was at the Naval Ordnance Laboratory in Washington DC as a civilian. During this period he was working on the influence fields of ships relating to minesweeping and underwater ordnance. After the war, he worked at Bell Telephone Laboratories in their solid state search group (1945-1951).

John then took up a position at the University of Illinois as Professor of Electrical Engineering and Physics. There he carried out research into electrical conduction in semiconductors and metals as well as the theory of superconductivity and diffusion of atoms in solids. This work allowed Bardeen, L.N. Cooper and J.R. Schrieffer to propose the first explanation of superconductivity (1957). Bardeen remained at the University of Illinois until 1975.

John Bardeen’s major work was his research into semiconductors, the discovery of the transistor effect and his work on superconductivity.