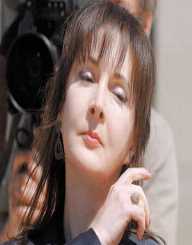 Deborah Jeane Palfrey was born on March 18, 1956. She operated as Pamela Martin and Associates which was an escort agency. She maintained that she ran a legal business. In 2008, she was convicted of racketeering, money laundering and using the mail for illegal purposes. She was later hanged before she could start serving her sentence. She died on May 1, 2008, at the age of fifty-two.

Deborah Jeane Palfrey was born on March 18, 1956, in North Charleroi in Pennsylvania, United States of America. She, however, spent her days as a teenager in Orlando in Florida. She attended Rollins College where she graduated from with a Degree in Criminal Justice.

She later joined Thomas Jefferson School of Law where she did a legal course for nine months. She started her career as a paralegal in San Diego in California. She later got herself involved in the escort industry. The business did not excite her as much since there was too much drug abuse involved, so she started her own company. Her company recruited women who were twenty-five years and above.

In 1990, Deborah Jeane Palfrey got arrested for pimping, extortion, and pandering but she tried to flee to Montana. She was however recaptured at the Canada United States border and brought back for her trial. In 1992, she was convicted and sentenced to eighteen months in prison. She was later released, and she went ahead to establish her company ‘Pamela Martin and Associates.’

In 2006, United States Postal Inspection Service agents disguised themselves as a couple to search Deborah’s house without a warrant. They pretended to be interested in buying her house.

The agents later seized documents which related to prostitution and money laundering. They also froze bank accounts which were worth five hundred thousand dollars. In 2007, one of her escorts, Brandi Britton hanged herself. She operated for thirteen years while she lived in California. At her trial, 13 former escorts and three former clients gave testimonies at her hearing.

The witnesses testified after they were granted immunity by the prosecution. On April 15, 2008, Deborah was found guilty of using the mail for illegal purposes, money laundering and racketeering. With the charges before her, she faced over fifty-five years in prison

On May 1, 2008, Deborah Jeane Palfrey hanged herself in a shed outside her mother’s mobile home in Florida. Autopsy and police reports concluded that her death was as a result of suicide. She died at the age of fifty-two.