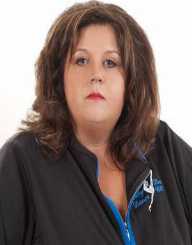 Abbey Lee Miller started dancing as a child and eventually as an adult, she was certified by the Dance Masters of America and became a member of the Dance Masters of America in 1986. Her membership was withdrawn by the organization in 2012 because of their disapproval of Miller’s reality television show Dance Moms and the way it portrayed dance instructors, students, and the dance profession.

In 1995 Abbey Lee Miller took over The Maryen Lorrain Dance Studio and changed the name to Reign Dance Productions. In 2011 Miller and her dance show featured on the Lifetime reality television show Dance Moms. The show was a success and ran for seven seasons until early 2017. The action of the show centered around students of Miller’s studio practicing and performing. Spin-offs followed with Abby’s Ultimate Dance Competition (two seasons, twenty-two episodes), Dance Moms: Miami and Dance Moms: Abby’s Studio Rescue.

In 2012 Abbey Lee Miller was seen in Werqin Girl a music video of D.J. Shangela Pierce. She was also on Dancing with the Stars as a guest judge in 2014. Her book, Everything I Learned About Life, I Learned in Dance Class was published in 2014. And in 2015, she opened a studio in Los Angeles named ALDC LA. Two years later in 2017, Miller quit the television reality show Dance Moms.

Abbey Lee Miller began a 366-day jail sentence for fraud on the 12 July 2017 at the Federal Correctional Complex in Victorville, California. She was indicted for fraud in 2015 and in October 2016 was charged with twenty counts of fraud about hiding over $700,000 of her television earnings during Chapter 11 of bankruptcy proceedings which took place in 2011. She also had to forfeit over $100,000 of Australian currency which she had illegally brought into the country. Her attorney had asked the court for a small fine and probation in lieu of going to prison because Abbey Lee Miller was a first-time offender but did not manage to avoid a custodial sentence for Miller.