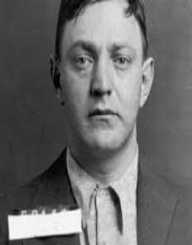 Dutch Schultz is an American mobster of Jewish origins who is known for his illegal dealings in New York City. He met his death at the hands of his rivals and uttered several words before his death that left the police in puzzlement. During his time as a mobster, he was known for his temper and his brutality and was ultimately known under the name "The Dutchman" and the "Beer Baron of the Bronx."

Dutch Schultz was born on August 6, 1901, as Arthur Flegenheimer in Bronx, New York to Emma and Herman Flegenheimer. His parents were Jewish immigrants of German descent and married in Manhattan but divorced much later after Schultz and his sister was born.

Before being involved in the life of crime, Schultz turned to an honest day at work. He worked a job as a feeder and pressman upon dropping out of school in the eighth grade to support the family. A bit later, he found a job in a nearby nightclub and realized that getting his hands dirty provided him with a whole lot of money in contrast to regular work.

Upon tasting the financial fruits of working at the nearby club, Dutch Schultz turned to burglary, but his criminal stint was cut short when he was arrested and sent to serve time in prison at Blackwell Island for breaking into an apartment at the age of 18.

Following his release, he returned to a life of crime by returning to his former workplace, Schultz Trucking, wherein they smuggled alcohol from Canada to New York. He later left the company after a disagreement and joined the companies, rival Italian competitors, instead.

Dutch Schultz came in partnership later on with Joey Noe during the 1920s. Noe was a club owner who hired Schultz as the club's bouncer upon witnessing his sadistic streak. They started their bootlegging tirade from there which grew in time and even more so their reputation.

One particular customer refused to buy from Schultz and Noe, and the crime duo ended up kidnapping and torturing the man which granted them the necessary exposure for their business. Their business partnership was the only non-Italian gang that came in par with the to-be heads of the infamous Mafia's Five Families even expanding their business ventures in Harlem and Manhattan.

Soon after, his business came in conflict with other prominent mobsters such as Leg Diamond that put an end to Noe. In turn, Schultz was believed to be the one responsible for the death of Diamond in 1932.

Before his death, Dutch Schultz came in contact with local authorities in 1933 due tax evasion. He was indicted a second time and was even charged in 1935 with federal tax charges. It did not help that  Thomas E. Dewey, an NYC prosecutor was dead set on exposing him for his illegal dealings. Schultz decided to discard of Dewey, but some of his fellow mobsters frowned upon the idea which ultimately led to Schultz being murdered.

Schultz was at Newark, New Jersey with some of his colleagues when a gunman, who is believed to work under the Murder, Inc. shot Schultz in the night of October 24, 1935. Before he took his last breath, he uttered gibberish instead of naming the identity of his killer.