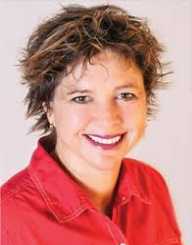 Born on September 11, 1962, was Christina Ann McNichol better known as Kristy McNichol. She was born to Carolyn Lucas and Jim McNichol. She has two brothers Jimmy and Tommy McNichol. When she was three, her parents divorced and split the family up. Kristy stayed with her father, and her two brothers went to live with their mother.

Kristy McNichol started in commercials when she began acting. But it wasn’t until she got the part of Patricia Apple in Apple’s Way that people said that she was acting. She followed that show up with Family where she played Letitia “Buddy” Lawrence. She was on the show for four years for which she won an Outstanding Continued Performance by a supporting actress in a drama series award in 1977 and again in 1979.   She also started acting in the film as well. Her film debut was in the movie the End filmed in 1978.

While she filmed her first film, she didn’t stop acting on television in movies made for TV. The movies that she made for television were Like Mon, Like Me, 1978, Summer of my German Soldier, 1978, Blinded by the Light with her brother and that was filmed in 1980. 1978 was a busy year for Kristy McNichol. She also recorded an album with her brother, Jimmy McNichol and made an appearance on both the Donny and Marie Show and the Carpenters Christmas Special.

Not to rest on her laurels, Kristy McNichol continued to act even in films. She filmed the movie Little Darlings in 1980 in which she got good feedback on her part. In 1981 she started in the Night the Lights Went Out in George as well as Only When I Laugh. Many people liked her in Only When I Laugh thinking it was her best film yet.

But the string of successes or well-received films was not to continue. The next movie she made did poorly in public. It was the Pirate Movie filmed in 1982. A remake of the Pirates of Penzance. Another film did so poorly in the USA that it wasn’t released there but only overseas called White Dog. Then came Just the Way You Are.

Just the Way You Are started like any other film of Kristy McNichol’s career. She went to work and did her job, but something was simmering under the surface. She fell in love while on set. This caused problems for her during the filming before the break. After the break she, Kristy did not return to France where it was being filmed citing that she had a nervous breakdown.

While not working on the film she received counseling and even got diagnosed with bipolar depression also known as manic depression. Following her return to health, she returned to finish the film Just the Way You Are, and it was released in 1984. People loved the movie.

Kristy McNichol didn’t act much after that deciding instead to do other things and take time for her. She went to hairdresser school and worked as a hairdresser for a short while in 1985. In the late 1980’s she did return to acting, becoming a well known and loved cast member of Empty Nest.  She stayed as the character of Barbara Weston on that show from 1998 until 1992 when she left the show. She did, however, return for the last season in 1995 to appear in the very last episode before the series itself ended. Following the ending of that show, she did voiceover work for animated shows.

However, in 2001 Kristy McNichol retired from acting at the age of 32. The reasons she cited were understandable- she wanted to be healthier as she had been diagnosed years earlier with bipolar depression and also to come to terms with her love life and alternative lifestyle.

Kristy McNichol is a lesbian and had to come to terms with that during the filming of the movie Just the Way You Are. That movie showed her that she had to be true to herself and her feelings. Also, the director tried to have sex with her. Unable to handle those two events at the same time, she had a nervous breakdown.

Returning to the film a somewhat healthy person she finished and also started to live her life. Although she had a partner for many years her current love interest is Martie Allen. It wasn’t until 2012 however that the world knew Kristy as a lesbian. She felt it was needed to tell people so that other children and adults learned it was okay to love the same sex.

Kristy McNichol no longer acts in television and film except for voice-overs. But her filmography has some pearls that people love to watch. Following the film act, she was also seen as a comedian and a producer. Currently, she lives in Los Angeles with her partner where she practices yoga and plays tennis. She also loves dogs of which she has some.