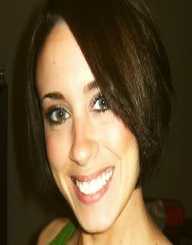 Casey Anthony was born on March 19, 1986. She is popularly known for her connection to the mysterious disappearance of Caylee Anthony. Caylee was her daughter. She faced trial but was acquitted of the murder charge. She is however highly hated by the public.

Casey Anthony was born in March 19, 1986 in Ohio, United States of America. She was born to Cindy and George Anthony. Her father worked in law enforcement. She was brought up alongside one sibling. She was an excellent girl when she was young. She was branded a liar when she was in High School. She duped her parents into believing that she was eligible for graduation yet she was not. At the age of nineteen, she again lied to her parents that she was a virgin yet she was pregnant.

Casey Anthony later told her parents the truth after her stomach started bulging. She did not however disclose the identity of the child’s father. This is because she pointed to many men. In 2005, her daughter Caylee Anthony was born. She wanted to give the baby up for adoption but her mother refused the idea. Her fiancé Jesse Grund acted as Caylee’s father. Casey lived with her parent together with her daughter. In 2008, she left her parents’ home with her daughter due to disagreements with her mother.

Cindy would call Casey and ask about Caylee, but she would reply that the baby was out with the babysitter. The babysitter was known as Zenaida ‘Zanny’ Fernandez Gonzalez. In 2008, her parents received a letter stating that her care was in a tow yard. On picking the car, George found her purse, toys and Caylee’s car seat. He later noticed the smell of rotting matter from the trunk. At that time Casey was at her boyfriend’s place. Her boyfriend was known as Tony Lazaro. Casey broke down and stated that she had left the baby with the babysitter who in turn kidnapped her.

Thirty one days after the disappearance of Caylee, Cindy reported her missing. This she did to the Orange County Sheriff’s Office. Casey was questioned, and it was discovered that there was no nanny as no one knew about the said nanny. She later lied to the investigators that she worked at Universal Studios. She later admitted that she never returned to work for Universal. With the discrepancies and lies, she was arrested on a murder charge. She was questioned about her activities before the disappearance of Cassey.

In August, Casey Anthony was released on bail after Television Personality Leonard Padilla posted five hundred thousand dollars in bail. Padilla bailed her out thinking that she would lead the investigators to more clues. He later labelled her as narcissistic and promiscuous. The case became popular nationwide, and she became the topic of the town. Hate grew in the hearts of people against her. She was back in prison after eight days of being released. She was charged with identity theft and forging of cheques.

In 2008, Roy Kronk who was a meter reader found a plastic bag with the remains of a human near the Anthony’s home. The skull of the remains had duct tape on it. The remains were later confirmed to be those of Caylee. In 2011, her trial began. The trial was broadcasted live and the Anthony family dominated the news. The prosecution painted her as being responsible for the death of Caylee as chloroform was found in the trunk of her car. The defence however stated that Caylee had drowned in the family pool. The defence further claimed that George had covered up the death so that Casey would not be charged with the neglect of her daughter.

The defence which was led by Jose Baez later stated in his opening statement that at the age of eight years old, Casey was sexually harassed by George and Lee, accusations which they both denied on the stand. In July 5, the jury found her not guilty of first degree murder, aggravated child abuse, and aggravated manslaughter. The jury cited circumstantial evidence. She was however found guilty of four counts of providing false information to law enforcement authorities. She was sentenced to four years in jail and four thousand dollars in fines.

Casey Anthony later received credit for time served and good behaviour. She was released after serving three years in prison. She was placed on probation for one year due to cheque fraud charges. She was billed for more than two hundred thousand dollars owed to law enforcement related to the search of her daughter.

The public and the media were not happy with the verdict. The case led to the passing of bills in several states known as ‘Caylee’s Law.’ The law would make it a felony for a parent or guardian not to report a missing child. In 2012, Rick Scott, Florida’s Governor signed a Caylee’s Law bill. She has from the time of her release lived a life of seclusion in her Florida home. She filed for bankruptcy, and so she is estranged from her parents.