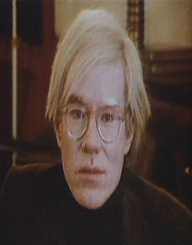 Andy Warhol is known worldwide as the leader of the Pop Art movement. From drawings and paintings to magazine illustrations and filmmaking, Warhol's work is easy to identify and appreciate.

Andy Warhol was born Andrew Warhola on August 8, 1928, in Pittsburgh, Pennsylvania. His parents, Ondrej and Julia, were immigrants from Slovakia and devout Byzantine Catholics.

They raised their children in the Slovakian culture as much as they could. Andy Warhol was a practicing Byzantine Catholic throughout his life.

Andy Warhol took to art in many mediums early in his life. When he was eight years old, he was bedridden for months with Chorea. His mother Julia taught him how to draw while he was unable to play outside.

Andy Warhol didn't have many friends in his youth because he was often sick. It was his mother who also encouraged his other interests including photography and filmmaking.

Andy Warhol's mother was his first art teacher. He also attended free art classes at the Carnegie Institute in Pittsburgh. Despite his health-related absences, Warhol graduated from Schenley High School in 1945.

His father was also a strong supporter of Warchol's art education. When Ondrej died in 1942, he left his entire savings to his son's college education.

He graduated from the Carnegie Institute for Technology in 1949 with a Bachelor of Fine Arts degree with a specialization in graphic design.

Andy Warhol was a stand-out commercial artist in the 1950s. He moved to New York City after college graduation and started work for Glamour magazine.

Some of his techniques like blotted line and the use of rubber stamps were considered unparalleled and whimsical. Warhol was also hired for his use of 'Silk Screen' printmaking on his designs for music album covers.

The 1960s was the time for Pop Art. Warchol painted and illustrated anything from household items to celebrities of the time.

Andy Warhol took items that you would see in commercials such as Campbell's soup cans and Coca-Cola bottles and transformed them into works of art. Icons of that area like Marilyn Monroe and Elvis Presley were also painted in his unique style.

The 1960s was also the time that Warchol started filmmaking. Over the course of five years, he created over 60 films. He published books including his first book Andy Warhol's Index.

Andy Warhol sculpted and continued his work with photography. In the 1980s, he had his television talk show on MTV. Though Andy Warhol's Fifteen Minutes only lasted one season with five episodes, it showed how he was still relevant to pop culture. The title of the show refers to his quote on how everyone will be famous in the world for only fifteen minutes.

Andy Warhol is best known for his artwork and creative use of media, but his social life is also worth mentioning. He was a frequent visitor to clubs including New York's Studio 54. In 1964, his art studio “The Factory” became its popular place for the rich and famous.

As famous as Warhol became, he also came across setbacks. Valerie Solanas attempted to kill Warhol in 1968. She shot him because he was angry that he would not use a script she wrote. It took him many weeks in the hospital before he could be released.

Andy Warhol endured many illnesses in his life which affected his schooling as well as the development of early friendships.

Chorea and scarlet fever are just a few. While there is no evidence to confirm or deny this, some people believe that Warhol had the classic traits of high-functioning autism such as Asperger's Syndrome.

The influential work of Andy Warhol spanned over 30 years. Even though he evolved as the world around him evolved, he was still relevant to his death. Warhol died on February 22, 1987, from cardiac arrhythmia days after gallbladder surgery.

The Andy Warhol Foundation for the Visual Arts was created after his death. In his will, Warhol wanted to continue the advancement of the visual arts. The foundation aims to support artists whose work is considered more challenging and even experimental.

“Eight Elvises” portrait was sold at auction in 2008 for $100 million, making it one of the most valuable paintings. Silver Car Crash (Double Disaster) sold for $105 at auction in 2013.

Pittsburgh has the Andy Warhol Museum to honor his life and artwork. It is the largest, single-artist museum in the United States. The U.S. Postal Service commemorated Warhol with an 18-cent stamp in 2002.