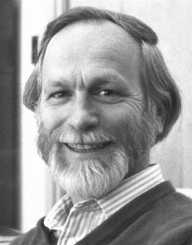 John Michael Bishop was born in York, Pennsylvania on February 22, 1936. He is one of the three children born to Lutheran Church Minister John Michael Bishop and his wife, Carrie Grey Bishop. His siblings are physicist Stephen Bishop and school teacher Catherine Bishop. He went to a local rural elementary school in York. He entered Swatara Township High School in Oberlin.

After his graduation from high school, he enrolled at Gettysburg College. In 1957, he graduated with a Science degree in Chemistry. In 1962, Bishop graduated from Harvard Medical School with a Master degree.

John Michael Bishop, He became the resident doctor at the Massachusetts General Hospital until 1964. He embarked on his researching work in 1964 at the National Institutes of Health in Maryland. Bishop stayed at the institute studying virology for two years. In 1968, he went to study neurobiology at the University of Hamburg.

He returned to the US in 1968 and got a teaching job at the University of California at San Francisco. He forged a working partnership with virologist Leon Levintow at the university. They were joined with Warren Levinson.

Bishop became a full professor of microbiology and immunology at the medical school in 1972. In 1981, he became the director of the George Hooper Research Foundation, an institution within the university. He was appointed as the university chancellor in 1998. Bishop served as the eighth chancellor of the university for a decade.

With his scientific background, Bishop encouraged research work within the university through partnering with donors and other philanthropic organizations. He advocated a diversity of cultures to enhance divergent views in the college. He founded the bishop laboratory where he still serves on the board.

Bishop joined forces with Harold Varmus in 1970 to study the genetic origin of cancer. They used a variant of the Rous virus earlier isolated from chickens by a virologist in 1901. Bishop and his colleagues discovered the existence of a gene similar to the cancer-causing cell in every healthy living cell. When the gene is disturbed by a chemical reaction or other factors, it begins the process of irreversible replication.

He discovered that chemical carcinogens are major contributors to the triggering of the cell multiplication process. His findings noted that even without the chemical reactions, the uncontrolled cellular growth could be triggered by a viral mutation within the cell.

In his 1976 publication of the findings, he noted with a diagram of how the cell gene and the virus related. He demonstrated how the virus invades and enters the cell. It then opens the cell and inhibits its normal functioning. After hijacking the functionality of the cell, it reverses the controls of the cell. This turns the cellular composition of the DNA viral.

The infected DNA cells then attack the nucleus of the healthy cells. The attack leaves the cell vulnerable to maligning and triggers the uncontrollable growth of the cells. He termed cancer-causing cells oncogenes, from the Greek term ONCO meaning large or massive.

In their further researches, Bishop and his team discovered other viruses that cause cancer first in chickens. They used the initial isolation study of the virus in chicken and replicated it in humans. Bishop noted that as in chickens, potential cancer-causing viruses exist in many other forms within the human cellular DNA. They usually keep dormant until triggered by natural or external reactions with chemical elements.

Bishop and Varmus opened up an invaluable avenue to the study of cancer cells to other virologists. Similar research findings noted that at least one percent of the human cells are proto-oncogenes, or can be categorized as potentially cancerous.

In 1989, Bishop and Varmus won the Nobel Prize in Medical Physiology for their work in the discovery of the process of cancer origins in the growth regulating genes in healthy cells, and their reversal into cancer-causing cells and the abnormal cell growth in human cells.

Apart from the Nobel Prize, Bishop got other awards for his virologist research work over the years. He got the Albert Lasker Award in 1982 for his efforts in the biomedical research. In 1985, he received the Dickson Prize for Science. In 1998, Bishop got the American Cancer Society National Medal of Honor. The following year, he received the Priestley Award. In 2003, he had twin fortunes.

He received the National Medal of Science, and also published the book How to win the Nobel Prize: An Unexpected Life in Science. In the book, he serialized his journey in medical research and the evolving world of science.

John Michael Bishop is married to Kathryn Putman. The couple has two sons Dylan Michael Dwight and Eliot John Putman. Dylan followed his father and is a physicist, while Eliot took another branch of science and is an architect.

Despite his initial setbacks in his research work, Bishop had his breakthrough and due recognition. His efforts and discoveries turned the world of scientific virology into a coveted trade. More biomedical students have turned to virology and in particular cancer research.

He continues to serve in several advisory roles in various scientific and educational organizations.