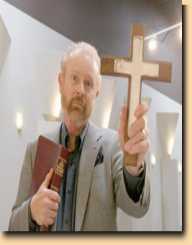 Bob Larson is a famous American radio evangelist and pastor of Spiritual Freedom Church in Phoenix, Arizona. Born on May 28, 1944, Bob Larson is also an astute author, and based on his Christian perspective, has written several books based on subjects of Satanism and rock music. Bob Larson also performs an exorcism and does perform it on Skype for a fee of (for a donation of $295).

Bob Larson was born on May 28, 1944, in Westwood, Los Angeles, California in the United States of America. Bob Larson was born to Viola (née Baum) and Earl Larson and raised in McCook, Nebraska. Learning how to play guitar at an early age, Bob Larson says that exposure and experience as a musician resulted in his worries about the occult and its destructive influence in rock music. This redrew him from commercial music and resorted to incorporating his guitar play into some of his sermons.

Despite his ability to play the guitar, which could have made him a good musician, especially in the rock genre, Bob Larson resorted to preaching the word. His primary subjects of preaching during the 1960s were on the leftist political ideology, antisocial characteristics of many of that period’s rock musicians, sexually suggestive lyrics, and Eastern religious mysticism.

Bob Larson engaged in several debates, confrontations and interviews with Satanist in the late 1980s to the 1990s. This was the era known as the satanic panic. During this period Bob Larson on separate occasions hosted Nikolas Schreck, a gothic rock musician, and Zeena La Vey, who was the spokesperson for the Church of Satan and later a priestess in the Temple of Set. On his first encounter, the two defended Satanism, but on the second interview in 1997, they defended Setianism. Bob Larson debated with them fiercely and unsuccessfully tried to convert them.

"Talk Back" With Bob Larson

Bob Larson launched the two-hour weekly call-in show, Talk Back in, 1982. It was primarily focused on teenagers and talked about teen-oriented topics including role-playing games and rock music. Bob Larson also used the platform to promote music and artist of heavy metal and rap music, since Bob Larson had embraced that genre of music and contemporary Christian music at that time. During the late 1980s, Bob Larson started to discuss subjects of Satanism and Satanic ritual abuse and performed an exorcism on callers on the air. This later defined his ministry. Larson is still active and uses his ministry as an alternative avenue for counseling people with who have problems with self-mutilation, multiple personality disorders, violence, molestation and Satanic ritual abuse.

Bob Larson has also been involved in exorcism and a tape captured by Vice magazine in 2013, shows him practice exorcism. In the video, Bob Larson visits several small towns in Ukraine, where Bob Larson engages in the practice with three young women, including his daughter Brynne Larson and her friends Tess and Savannah Sherkenback, called The Teenage Exorcists. In reply to the video by Vice magazine, the Teenage Exorcist stated that they "question the journalistic integrity of this Vice Media story and are disappointed by how we were falsely portrayed." Bob Larson is said to perform an exorcism for a fee of $295 on Skype. Proceeds are however used for charity.

Other include Strange Cults in America, Larson's Book of Rock, 1987, Your Kids and Rock, 1988, Satanism: the Seduction of America's Youth, 1989, Straight Answers on the New Age1989, Tough Talk About Tough Issues, 1989, Larson's New Book of Cults, 1989, Dead Air: A Novel, 1991. His extensive writing skill and his quest to have a say on issues also prompted works like UFO's and the Alien Agenda, 1997, Extreme Evil: Kids Killing Kids, 1999, Larson's Book of Spiritual Warfare1999 and Shock Talk: The Exorcist Files