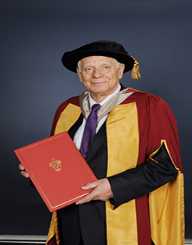 Zhores Ivanovich Alferov was born on March 15th, in 1930. He is a Russian native. He is an eminent Physicist due to his recognizable efforts in coming up with heterostructure physics. Owing to his invention of the heterotransistor, he was bestowed with a Nobel Prize in physics. This is an award that he won in 2000. Aside from this, he is actively involved in Russian politics. He is a Russian State Parliament’s member since 1995.

Zhores Ivanovich Alferov was born on March 15th, 1930. His place of birth was in Vitebsk in Byelorussian SSR. He was the son of Ivan Karpovich Alferov, his father. He worked as a factory manager. On the other hand, his mother was called Anna Vladimirovna Rosenblum. Zhores went for his high school education and completed in 1947. After this, he enrolled in Belarusian Polytechnic Academy. He also went to Saint Petersburg Electrotechnical University where he graduated in 1952. After his graduation, he went on to work with Ioffe Physico-Technical Institute which was part of U.S.S.R’s academy of sciences. It is from this institution that Zhores obtained some scientific degrees.

Following his academic achievements over the years, Zhores Alferov joined USSR Academy of Sciences as its corresponding member in 1972. He earned his full membership after seven years. After a decade in 1989, he was appointed to serve as the Academy of Sciences’ vice president. During this time, he was also expected to act as the president of Saint Petersburg Scientific Center.

On the political realm, Zhores Alferov became State Duma’s member since 1995. He was to serve as the deputy for a political party named Our Home is Russia. His political inclination directly supported President Boris Yeltsin policies.

In 2000, Zhores Alferov Ivanovich Alferov was bestowed with a Nobel Prize in Physics. This was after developing the semiconductor heterostructures to be utilized in optoelectronics.

Zhores Alferov tied the knot to Tamara Darskaya in 1967.