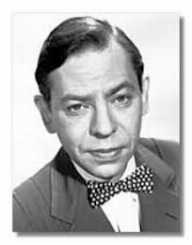 Oscar Levant was an American multitalented musical artist. His knowledge of working with diverse musical instruments won him accolades from near and far.

Born on December 27, 1906, he was named Oscar Levant by his Russian American Jewish parents. He spent his early years in his birthplace town of Pittsburg in Pennsylvania. Like in all Orthodox Jewish families, Levant learned music from an early age. He started working on the piano when he was barely seven years old. The introduction to classical music by piano maestro Martin Meissler captivated his mind. After elementary school, Levant joined Fifth Avenue High School. It was here that his talent was nurtured. He met and became friends with Oscar Demmler. Under the tutelage of Demmler, a famed classical instructor, Levant grew in his musical stature.

At the age of 16 years, his father died. Left a widow, his mother relocated the family to New York. This meant Oscar Levant had to drop out of school. In New York, he continued studying music under Sigmund Stojowski. Within a short period, Levant was a regular pianist in several local restaurants in New York. Though still a minor, he played music in trendy nightclubs in the city. His music career had started. A few years later in 1924, he had his first encounter with the film industry. He starred in the film Ben Bernie and all the Lads. He was only 18 when he featured in the New York-based production.

Hollywood promised a brighter future for Oscar Levant In 1928, he moved to California. Levant got a commission to join a bunch of Hollywood music and scriptwriters. It was in this group that he befriended his childhood idol, George Gershwin. Levant had heard Gershwin’s songs back in Pittsburg. Impressed by the songs, he started entertaining the idea of making his compositions.

In Los Angeles, he joined the theater group Broadway as a composer. One of the memorable compositions was in 1927. The musical Burlesque got wide acceptance at Broadway. Levant was also a scriptwriter. He composed a script for the musical play Sweet and Low. This 1930 production cemented his versatility as a composer and director.

During one of his performances, Levant caught the eye of Aaron Copland. In 1932, Levant honored Copland’s invitation to grace Yaddo Festival. He then went back to Broadway as a director and conductor. With his maiden conducting done in 1938, he went on to direct over 60 performances.

To prove his mastery of diverse talents, Oscar Levant also ventured into radio and television shows. Together with two others, Levant hosted Information Please. This was an informative question and answer show in the US. With his extensive know-how in music, Levant kept the listeners glued to their sets. The other panelists were Franklin Adams and John Kieran.

In the late 1940s, he featured in another radio production Kraft Music Hall. The NBC radio show was famous for his jokes midway the airing. With him was his old friend Al Jolson. The radio show lasted for two years, from 1947 to 1949.

In the television world, Levant had a show after himself. The show named Oscar Levant Show ran for two years. This was from 1958 to 1960.

Oscar Levant had some acting roles in some Hollywood films. Though he had appeared in films during the 1930s, his most productive years were in the 1940s and 1950s. During this period, he managed to appear in over 15 movies. In all, he had appearances in 20 films. Some of his film appearances were in Kiss the Boys Goodbye in 1941, An American in Paris produced in 1951, Rhapsody Blues, and the Cobweb produced in 1955.

His private life was dogged with heavy smoking. This would later contribute much to his failing health status.

Oscar Levant married twice. His first marriage was to Barbara Woodell. This union lasted for less than one year. They were married and divorced in 1932. He then married June Gale in 1939. The two were a couple until his death. They had three daughters in their marriage spanning 33 years. These were Marcia, Lorna, and Amanda.

Oscar Levant passed on in 1972. He was aged 65. His official cause of death was given as cardiac arrest. He had been a regular patient in mental rehabilitation hospitals for a while.

Besides his poor formal education and mental issues, Levant was an illustrious artist. He was a sort after musical conductor, radio and television talk show host. His songs were soundtracks for films. Lastly, he graced many films as an actor.