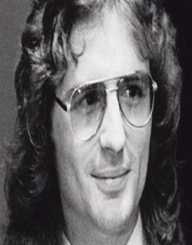 American cult leader David Koresh was born as Vernon Wayne Howell on August 17, 1959, in Houston, Texas, the United States of America to his 14-year-old unwed mother Bonnie Sue Clark and his father, Bobby Wayne Howell. Howell abandoned Bonnie even before the birth of Koresh. Koresh grew up amidst a dysfunctional, chaotic family background where his mother cohabited with her brutal and intemperate alcoholic live-in partner. His mother handed him over to the care of his maternal grandmother, Earline Clark in 1963 when he was four years old.

David Koresh again reunited with his mother three years later when his mother included him into her new family, which she formed after marrying Roy Haldeman, a carpenter by profession. Koresh spent his difficult childhood years in absolute loneliness and developed dyslexia. He had to study in special education classes due to his poor technique of studies and learning disabilities. He dropped out of Garland High School in the 9th grade. He tried his hand as a carpenter for a short while before moving to Los Angeles with an intention to become a rockstar.

David Koresh returned to Texas realizing the futility of his ambition and joined the Seventh-day Adventists Church claiming to be born again as a Christian in the Southern Baptist Church. However, his fascination for the daughter of the pastor and his subsequent and persistent approach to the pastor asking for the hand of his daughter saw him being thrown out of the church as well as the parish.

During the early 1980s, David Koresh joined ‘Branch Davidians,’ a little-known cult established by Benjamin Roden in 1955. Koresh and the members of his music band frequented the ‘Mount Carmel Centre’; the home of the Branch Davidians situated in the Axtell area outside Waco, Texas and performed their songs before finally joining the group. He established an affair with the sect’s female seer Lois Roden, much older than Koresh himself. Soon, Lois breathed her last. By then Koresh had become much influential within the sect.

David Koresh and Roden’s son George had a dispute regarding the leadership issue of the cult. Koresh left the sect home for a short while only to return with a vengeance and shot George Roden. Roden outlived the attack. Koresh and his followers were prosecuted for murder attempt but were exonerated.

In 1990, he assumed the charge of the Branch Davidians cult and changed his name from Vernon Howell to David Koresh with a legal affidavit. He practiced the ‘Spiritual Weddings’ theory by choosing female disciples of all age groups as his bed partners and fathered many children out of wedlock.

With the change of name, David Koresh declared himself as the final Prophet, a spiritual descendant of the biblical King David. He and his followers started gathering and stockpiling arms and ammunition in their preparations for developing an ‘Army of God’ for the ‘Apocalypse,’ as described in the biblical book of revelation. The Federal Bureau of Alcohol, Tobacco, and Firearms (BATF) raided the premises of Mount Carmel Centre on February 28, 1993. The ensuing gunfight which lasted for four hours resulted in the death of four BATF agents of the raiding party and six disciples of Koresh.

The brutal gunfight and the resultant mayhem led to a 51 days impasse between the Koresh led Branch Davidians and the federal agents. However, when all negotiations between Koresh and the FBI authorities failed to break the stalemate, U.S. Attorney General Janet Reno consented to the recommendations of the FBI officials to forcefully evict the residents of the Mount Carmel Centre. Accordingly, on April 19, 1993, FBI authorities started their evacuation drive armed with tear gas and M728 Combat Engineer Vehicle (CEV), a type of tank to break into the compound of the sect.

A few hours after the commencement of the drive to flush out Koresh and his followers, a massive fire broke out inside the compound under disputed circumstances. 79 people holed up inside the premises of the sect were charred to death in the raging fire. Among them, 22 were under the age of 17. Around 20 people besides David Koresh were found dead with gunshot wounds, although FBI personnel refrained from any firing on that day. Koresh was also found dead with a gunshot wound on his head indicating a deliberate attempt to suicide.

The incident is a glaring example of religious fanaticism leading to the death of innocent people obsessed with fake religious cult leaders, a worldwide phenomenon these days.