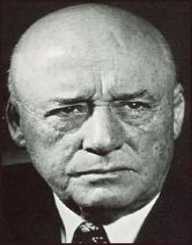 I came to believe that some people were born to lead others. I don’t know if the statement is right or not. But, by taking a glance at Sam’s accomplishments, I can merely say that he was born with natural IQ. He had his routine that made him as perfect as president’s speech. Looking back, Sam Rayburn was a Texan lawmaker who faithfully presented his services as the Speaker of U.S. House Representative. His necessary work made him serve for seventeen years hence being recognized as the longest period in U.S history. Politics was his cup of tea. That said he chaired the National Democratic Convention.

On January 6, 1882, Samuel Taliaferro Rayburn was born in Kingston, Texas in the U.S to Martha Rayburn and William. In 1887 Sam’s family moved to Fannin County, Texas where they settled for an extended period. At 18 years old, he joined East Texas Normal College where he led with B.S degree. Before graduation, Sam also worked as a part-time teacher for two years. He later left where he pursued law and legislation. His inspiration came from prominent leaders such as Senator Joseph Weldon Bailey. After a short pause, he led the Texas House of Representative in 1906. He enrolled at the University of Texas in 1908 where he later joined the State Bar of Texas. He served in the state legislature from 1908 to 1910.He also served as the speaker of the House before the end of his third term.

In the mid of 1931, Sam Rayburn was selected to chair the powerhouse Committee on Foreign Commerce and Interstate. He remained in the seat till 1937.For his large roles; he managed to support the New Deal Legislation as the Roosevelt office ruled it. He acted as an instrumental package of telling the truth according to Truth in Securities Act. He was later invited to participate in the Federal Communications Commission followed by the Public Utilities Holding Company. In the process, he teamed up with Senator George W. Norris where they sponsored the Rural Electrification Act. The project was outlined to offer sufficient electricity to rural sectors

In 1940 Sam Rayburn served as the Majority Leader of the U.S House of Representative. He also worked as the Speaker of the House William Backhead. He fully succeeded as a skilled speaker and became the House of Democrats leader for a decade. Rayburn’s new position allowed him to meet with relevant personnel’s such as Lyndon B. Johnson whom he mentored throughout his political regime.

From the start, Sam Rayburn was a top respected leader who was especially known for his acclaimed values. His ethical norms were out of this world. Being an ardent member, he diligently presented his services to President Franklin D. Roosevelt, John Kennedy, and Harry Truman.

Early in 1949, Mr. Rayburn was awarded $10,000 award for giving his whole heart to the nation. He established the Sam Rayburn Library in 1957.The library was used to delegate or operate government problems. In 1927 Sam Rayburn married Metzel Jones, but it only lasted for three months. He remained unmarried for the rest of his lifetime. In 1956 he became a member of the Primetime Baptist Church in Texas. He battled with cancer where he died on November 16, 1961, at 79 years old.