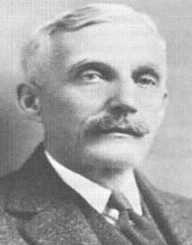 Businessman, politician, banker and art collector Andrew Mellon was born in Pittsburgh on March 24, 1855, to Thomas Alexander Mellon and Sarah Jane Negley. His family was Protestant immigrant from County Tyrone, Northern Ireland who had arrived in Pennsylvania in 1918. His father Thomas Mellon (b.1813-d.1908) was a lawyer, judge, and businessman who founded Mellon Bank.

Andrew Mellon did his tertiary education at the Western University of Pittsburgh.

In 1874 Andrew Mellon joined his father Thomas and brother Richard running their family bank. Their bank was called T Melton & Sons, and it benefited significantly from western Pennsylvania becoming one of the wealthiest industrial regions in the country.

In 1882 his father Alexander Mellon transferred ownership of Mellon Bank to Andrew Mellon.

Mellon invested capital in aluminum, steel, oil, coal and coke corporations. Companies he was involved with included the Aluminum Company, the Gulf Oil Company, Union Steel, the Union Trust Company and the Union Savings Bank of Pittsburgh. His acquisitions and business acumen resulted in him becoming one of the wealthiest people in the country by 1914.

A Republican who was involved in politics in his home state, Mellon was appointed Secretary of the Treasury in 1921. This appointment also meant that he was chairman of the Federal Reserve Board. During his tenure, he enforced Prohibition, t and reformed the tax system. He was much admired as a Secretary of the Treasury during a period which spanned three presidents: Harding, Coolidge, and Hoover. After the Wall Street Crash in the late 1920s. President Hoover became disenchanted with Mellon when the depression caused the debt to rise, and the top rate of tax rose to eighty percent.

After his resignation in 1932, Andrew Mellon was appointed American Ambassador to the Court of St James (1932-1933).

From 1900 onwards Andrew Mellon had collected art. He specialized in Old Masters and British portraits and was considered to have one of the most impressive collections of his time. In 1937 Mellon donated a collection worth $25 million to the US government. He also gave another $15 million towards the establishment of the National Art Gallery in Washington, DC.

A generous philanthropist Andrew Mellon donated in the region of $10 million over the course of his life. Most of his donations went to educational and charitable organizations in his home state. Andrew Mellon also donated his art collection and money to establish the National Gallery of Art in Washington DC which opened in 1941. He had requested that the gallery was not named after him.