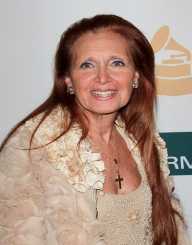 Danielle Steel was given the name Danielle Fernandes Dominique Schuelein-Steel at the time of her birth. She was born on August 14th, in 1947. She was the only daughter of John Schulein-Steel and Norma da Câmara Stone dos Reis. Danielle Steel was brought up in the Catholic religion. During the early stages of her life, she had aspirations of one day becoming a nun. When she was only eight years old, her parents separated and had to be raised in New York City by her father. The idea of writing stories began while she was still a child. This later changed as she indulged in writing poetry when she got to her teens. Later, she graduated from the French High School of New York where she majored in literature and fashion.

Steel tied the knot with Claude-Eric Lazard, a French-American Banker. She was only 18 years old at the time of her marriage. Around this time, she was still a student that the New York University and embarked fully in writing. In 1966, she had completed her first manuscript. The same year, the young couple welcomed their first daughter named Beatrix. Shortly after this, Steel went on to work with Supergirls, a public relations agency. With time, she migrated to San Francisco where she also worked as a copywriter for Grey Magazine.

Years later, in 1973, her first novel titled Going Home was released. This was followed by a series of other novels that Danielle Steel wrote. However, these novels never got published until she released another one titled Passion Promise in 1977 which was acknowledged for publication. Two years later, she released Season of Passion. During the 80s and 90s, Steel had grown into a prolific writer, and she managed to release some novels within a year.

In 1984, Full Circle novel went on to become a best seller. The novel later became a film adaptation. Other Steel’s works that were also adapted in several movies include Now and Forever-1983, Crossings -1986, Fine Things- 1990, and Daddy – 1991. In 1992, Jewels stood among the best novel to become a film adaptation. The miniseries that was adapted from Steel’s novel received two Golden Globe nominations.

Aside from romantic novels, Steel also worked on children’s fiction. Max and Martha children’s series is one of the books under this category. This book aims to help children in dealing with common hardships that they might be faced with including changing institutions, welcoming a new sibling and losing a loved one.

Ironically, Danielle Steel is an expert in writing romantic novels, but she is one of the unluckiest celebrities when it comes to love. She has tied the knot for five times. None of the relationships she entered into was fruitful as they all ended in legal separation. Throughout her married life, she has had six children.