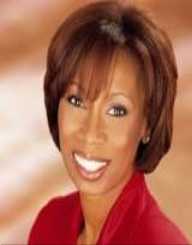 Mary Styles Harris was born 26th June 1949, to George and Margaret Styles. She was born in Nashville, Tennessee, in the United States. Her father was a doctor, and it was this that led Harris to have an early interest in science.

Harris studied at Miami Jackson High School and graduated in 1967. She was one of the first African-American students of the school and finished 12th out of 350 students.

She then enrolled at Lincoln University in Pennsylvania. This time she was one of the first females to enroll at the school. Harris graduated in 1971, and then went to Cornell University to study molecular genetics. She graduated in 1975 with her doctorate in genetics.

Her postdoctoral studies were done at Rutgers University where Mary Styles Harris had received a postdoctoral fellowship from the National Cancer Research Organization to study viruses.

In 1977, Mary Styles Harris joined the Sickle Cell Foundation of Georgia as the Executive Director. It was a welcome break from the research that she had undertaken up until that point. Harris was able to use her position to highlight public awareness of the disease called sickle-cell anemia. She even produced a documentary series for television to highlight issues the condition brought about.

Harris became the leading face for genetic research, and in 1980 she was appointed the Director of Genetic Services for the Georgia Department of Human Resources. Harris used this position to promote and direct health-related legislation. During the same time, Harris was an Assistant Professor at Morehouse College in 1978, and then at Atlanta University during 1980 and 1981.

Harris started her consulting firm in 1983, related to genetics, and ran it until 1987 when she moved to California with her family. She returned to Atlanta in the 1990s and established BioTechnical Communications, a firm that produces audio and visual material on a variety of health issues, including breast cancer. Harris also started a website called Journey to Wellness, and she hosts a radio show by the same name.

With all her work to raise public awareness on different health issues, Mary Styles Harris has done television specials such as To My Sisters… A Gift for Life and she has been appointed to the Board of March of Dimes in Atlanta.

Mary Styles Harris received a Science Residency Award from the National Science Foundation, and in 1980 was named the recipient of Glamour Magazine’s Outstanding Working Woman Award.

Mary Styles Harris married Sydney, and the couple has a daughter. They reside in the Atlanta area.