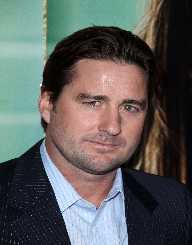 American actor, writer, and director Luke Wilson was born in Dallas, Texas on the 21 September 1971 to Robert Wilson, a television executive, and Laura Cunningham, a photographer. The Wilson family are of Irish-American heritage. Wilson has two brothers Andrew and Owen who are both actors.

Luke Wilson was a pupil at St. Mark’s School of Texas, a Roman Catholic private boys school in Dallas. After graduating from high school, he was a student at the Texas Christian University before transferring to Occidental College, a liberal arts school in Los Angeles.

One of Wilson’s earliest appearance was playing the lead in a short 13 minutes film his brother Owen Wilson had co-written with director Wes Anderson, Bottle Rocket (1994). After the premiere of the film at the Sundance Festival in 1993, director James L. Brooks helped turn the short piece into a full-length feature which was released in 1996. Around this time, Luke Wilson, his two brothers, and Wes Anderson were sharing a house together in Los Angeles. His brother Owen also acted in Bottle Rocket.

In March 2015 Luke Wilson was inducted into the Texas Film Hall of Fame at a ceremony in Austin, Texas.

Luke Wilson was in a long-term relationship with former basketball star Meg Simpson.