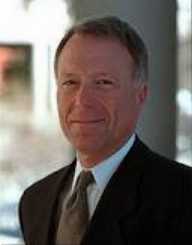 Irving Lewis “Scooter” Libby is an American lawyer and politician.

Irving Lewis Libby was born on August 22, 1950, in the city of New Haven, Connecticut. His father was Irving Liebowitz, a banker. He has an older brother, named Hank. He and his family lived in Connecticut, Florida, and Massachusetts. During his childhood, he earned the nickname “Scooter”.

Irving Lewis Libby studied at the Eaglebrook School and the Philips Academy in Massachusetts. In 1972, he earned a bachelor’s degree in political science from Yale University. Three years later, he earned his law degree from Columbia Law School.

Irving Lewis Libby started working for the firm of Schnader, Lewis, Harrison & Segal in 1975. He soon passed the bar exam in Pennsylvania and the District of Columbia. In 1981, he joined the Policy Planning Staff at the U. S. State Department.

He mostly worked on projects at the Bureau of East Asian and Pacific Affairs. In 1985, he resigned from his government job and joined the law firm of Dickstein, Morin & Shapiro. In 1989, he returned to the State Department and served as Deputy Secretary of Strategy and Resources. In 1992, he became the Deputy Secretary of Policy and a legal adviser to the House Select Committee of National Security Concerns.

In 1993, Irving Lewis Libby started working for the firm of Mudge, Rose, Alexander, Ferdon & Guthrie and became a senior partner. He later joined the firm of Dechert, Rhoads & Price. He served as an adviser to the RAND Corporation, Northrop Grumman, and the Hudson Institute.

He became a high-ranking member of the American Bar Association and the Blue Ribbon Study Panel. In 1996, he released a novel, titled The Apprentice. The story depicted a group of people in Japan at the beginning of the 20th century. In 2001, he started working for Vice President Dick Cheney as his Chief of Staff.

In 2003, a journalist exposed a woman, named Valerie Plame, as a spy for the Central Intelligence Agency. She eventually named Libby as one of the people who might have leaked her information to the media. Libby testified in front of the Federal Court, claiming that he knew Plame was a spy but didn’t speak to any journalists.

The court soon revealed that many of his statements were false and that he had hidden and falsified documents. In 2005, the prosecutor accused him of perjury, obstruction of justice, and making false statements. In 2007, the jury found him guilty on almost all counts. In June 2007, the court sentenced him to 30 months in prison.

After this, many newspapers and political groups urged President Bush to help Libby. In July 2007, he agreed to reduce his sentence to probation and a large fine, without any prison time. In 2012, the governor of Virginia restored Libby’s voting rights. In 2016, the D. C. Court of Appeals agreed to let him back into the Bar Association. In 2018, President Trump gave him the official presidential pardon.