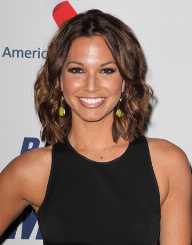 Melissa Rycroft was born 11th  March 1983, in Dallas, Texas, in the United States. Melissa Rycroft studied at Smith High School in Carrollton and graduated in 2001. She then went to the University of North Texas, and in 2005 she graduated with a degree in marketing and finance.

She was selected to appear on the 2009 season of The Bachelor, which she won, but she was eventually dumped, and the Bachelor rekindled his relationship with the runner-up of the show. Still, in 2009, Melissa Rycroft was invited to participate in Dancing with the Stars. She came third with her dancing partner. They were invited back to compete in the All-Stars season, which they won.

Melissa Rycroft has also hosted different reality shows such as Redneck Island. She is currently a co-host of Morning Dose, an early morning wake-up program.

In 2009, Melissa Rycroft married Tye Strickland, a salesman. They have three children, a daughter, and two sons.