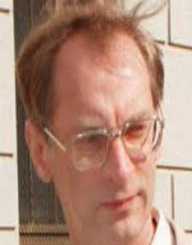 Bernhard Goetz became famous or infamous to many when he shot four young men and critically wounded one of them inside a subway train in Manhattan. The four African-American teenagers tried to mug him as Goetz retaliated in self-defense.

The incident left New Yorkers with split opinions. Some hailed Goetz as a local hero and justified his actions citing it as a perfect answer to the ever-increasing criminal activities in New York. Others were left appalled with the hidden racial overtones and hate that drove Goetz to shoot hollow-point bullets to fatally wound the four boys.

Nevertheless, the case received widespread media attention as The New York press coined the term “Subway Vigilante” for Goetz. Goetz was charged with several offenses but was convicted only for possessing an illegal firearm.

Bernhard Goetze was sentenced for one year in prison but served only eight months. In 1996, a civil judgment bestowed an award of $43 million to Darrell Cabey, the teenager whose spinal cord was severed, leaving him paraplegic. The incident opened a nationwide debate regarding crime, racial issues, laws relating to self-defense, and possession of arms by the citizens.

Born on November 7, 1947, Bernhard Goetz grew up in New York, along with three other siblings. But an untoward episode involving his father disrupted his childhood. Goetz’s father, who a German immigrant, was caught in an embarrassing incident of molesting two teenage boys. Goetz, along with his sister, was sent to Switzerland for schooling.

In 1965, he came back to the Big Apple and graduated in electrical engineering and nuclear engineering from New York University. After a swift end to his conjugal life, Goetz launched an electronics business in the 70s.

Bernhard Goetz was frustrated with the crime scene in New York. Around 40 crimes per day were reported in the unsafe subway system. In 1981, Goetz had a first-hand experience when he was assaulted by three young men in the subway who tried to rob him. He suffered injuries in his leg and chest. While two of the muggers fled, Goetz managed to get one arrested by the police.

But to add to his vexation, the cops let the culprit go easily and just charged him with criminal mischief. A fuming Goetz applied for a permit for carrying a concealed gun as he was involved in frequent transportation of electronic equipment and cash. When it was denied, Goetz bought a .38 revolver while away on a trip.

Bernhard Goetz carried the unlicensed gun every day while commuting. On December 22, 1984, three years later after the incident, Goetz encountered four teenagers in the subway again. Suspecting another case of mugging, he shot the four teenagers who only demanded (later testified by the assailants as only requested) for $5 from him.

After inflicting some serious wounds on one of them named Darrell Cabey, Goetz fled the scene. He drove to Bennington, Vermont, where he destroyed the weapon and got rid of his torn jacket. After hopping from one motel to another, Goetz finally surrendered to the cops in New Hampshire nine days later.

Goetz enjoyed a celebrity status for a while. T-shirts were printed with Goetz’s name on them. NGOs and civil rights organizations came out in support of him trying to raise money for his defense. Three of the four teenagers had prior criminal records that did not bode well for them when they claimed to be only panhandling without any mala fide intentions.

But many believed that Goetz stretched the domain of self-defense too far and impulsively acted upon minimal provocation. Goetz’s racially motivated speech given some months before the shooting proved that the unfortunate incident had a racial flavor to it. Many black leaders called for civil rights investigation.

In 1987, the first trial acquitted Bernhard Goetz and charged him for only carrying an unlicensed weapon. More than 80% of the jury were whites. Goetz was sentenced for a one-year prison term without probation, of which he served eight months.

In 1996, a civil trial was finally carried out based upon the racial angle to the crime. Goetz was found guilty, and Cabey was awarded $43 million for the pain and subsequent damages. Goetz filed for bankruptcy, declaring that he was broke due to the massive amount of legal expenses.