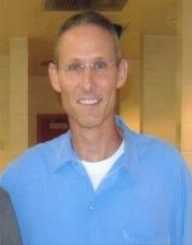 Dana Ewell was born on 28th January 1971, to Dale and Glee Ewell. He was born in Fresno, California, in the United States. Ewell had an old sister named Tiffany. His father was a U.S. Air Force veteran, and his mother had done various things such as school teaching, translating for the CIA, and sat on a committee at the State Bar of California to evaluate prospective judges.

Ewell’s family were quite wealthy, thanks to his father who had a company selling small airplanes, and who also held substantial stocks in the share market. His parents were worth around $7 million, but they lived a modest lifestyle. Outsiders wouldn’t have known of their wealth.

During college, Ewell posed as a wealthy entrepreneur, telling everyone it was his entrepreneurial endeavors that had given the family their wealth. A local newspaper picked up on the story and printed it, and it also appeared in Ewell’s 1990 yearbook at school.

When his parents found out what he was saying, they changed their wills.

On 19th April 1992,  Ewell’s parents and his sister were murdered. Ewell was away for the weekend with his girlfriend. He contacted family friends to let them know he couldn’t contact his parents. Upon investigation, the friends found the bodies. It was two days after they had been murdered.

Police were at the scene for several days investigating the crime scene. The homicide detectives involved were John Souza and Chris Curtice.

The scene was made to look like a robbery gone wrong, but Souza had a lot of experience in burglaries, and he believed the burglary was staged to make it appear the murders took place because the family had walked in on the thief.

Police gradually eliminated each of the possible people that might have had motive, and they were left with Ewell. This was despite the fact he was away with his girlfriend and her family.

Dale’s brother told police that Ewell had recently taken an extreme interest in his parents’ wills, and he was extremely angry when he found out he couldn’t access most of the family’s wealth until he was in his 30s.

His parents had allowed for his expenses to be met until he turned 25, and from 25 to 30, he could receive dividends from investments. At the age of 30, he would receive half of the principal, and at age 35 he would receive the remainder.

A friend of Dana Ewell’s from university, Joel Radovcich, suddenly dropped out of school a short time after the murders. This drew suspicion and attention.

Whilst Dana Ewell craved social status, Radovcich was obsessed with guns and explosives.

When Detective Curtise walked Ewell through the crime scene, he thought Dana Ewell’s reactions were extremely unusual, drawing suspicion from the detective.

A few months after the murders, Ewell and Radovcich both lived in the Ewell family home, which caused yet further suspicion. Although Radovcich was unemployed, large cash purchases were being made, and the two men used pay telephones and pagers to try and avoid their conversations being listened to.

The police found the murder weapon was a specialty gun, a high-end 9mm rifle. It was discovered the weapon had been purchased by a friend of the Radovcich family just before the murders.

The gun purchaser, Ernest Ponce, admitted he had bought the gun for Radovcich. He said he didn’t know murders were going to be committed, but it was found that he concealed evidence, and so he was charged with accessory. Ponce agreed to testify against Ewell and Radovcich, and he received immunity for his evidence.

Ewell and Radovcich were both arrested in 1995.

Dana Ewell and Radovcich went to trial before a jury. The trial lasted over eight months. The men each had their own attorney.

Interestingly, Dana Ewell's attorney continued to insist on his client’s innocence, but Radovcich’s attorney thought a guilty verdict was likely, and his goal was to keep his client from receiving the death penalty.

The jury were out in deliberation for 11 days. They returned a guilty verdict for both Dana Ewell and Radovcich, for three counts each of first-degree murder.

All appeals subsequently filed were denied.