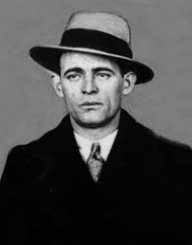 Jack "Legs" Diamond was born on July 10, 1897.  He was based in New York. Diamond established himself as a hit man, bootlegger, and Prohibition-era mob leader. Jack was a lead member in organized crimes. Also, he operated a vast liquor-smuggling business in New York City. Diamond lived most of his life in upstate New York after murder crime in his Hotsy Tosty club. He was killed in his Albany home in 1931, shortly after being cleared of torture charges.

Jack "Legs" Diamond was born on July 10, 1897, as Jack Moran, in Philadelphia, Pennsylvania. His mother Sara died while he was still a child. Consequently, Diamond moved in with his father and brother to Brooklyn, New York. Diamond turned to the street gang at early life partly due to family’s poor conditions. He started crime when he was teen and later worked for gangsters such as Arnold Rothstein and Jacob “Little Augie” Orgen.

Diamond established his ventures as a violent and murderous character. As a result, he earned his nickname “Legs” from his quickness to move away from crime the scenes. In 1929, he was forced to lie low by moving to Acra in upstate New York after he publicly killed men. The case was unable to proceed due to lack of prosecution witnesses. Diamond survived many gunshot wounds, thus earning his nickname “Clay Pigeon.”

In early 1931, together with colleagues, Diamond hijacked a liquor truck. They kidnapped and tortured the driver. Park escaped and reported the case to the police, leading to arresting of Diamond. Diamond was cleared of all wrongdoing. While celebrating his acquittal, he returned in his Albany home drunk. Early that morning, on December 18, 1931, Jack "Legs" Diamond was shot and killed. Diamond's death remained a mystery with speculations that he was murdered by Albany police or rival gangsters.

Jack "Legs" Diamond married Alice Schiffer in 1926. She remained devoted to him throughout his crime and string of mistresses. After the death of Diamond, Alice Schiffer was killed 18 months later at her home.