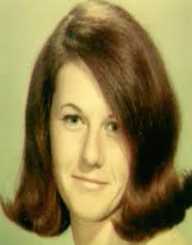 Patricia Krenwinkel was born on December 3rd, in 1947. She is infamous for murder. Similarly, she is formerly a member of the Manson Family cult. After the death of Susan Atkins, a fellow Family member, Krenwinkel became the longest jailed female in California.

Patricia Krenwinkel was born on December 3rd, in 1947. Her place of birth was in Los Angeles, California. Her father worked in the insurance industry as a salesman. On the other hand, her mother was a homemaker.

Patricia Krenwinkel went to the University High School situated in West Los Angeles. After that, she joined Westchester High School. In school, teachers claimed that she had low self-esteem. This influenced other students to take advantage of her and bully her. Other students ridiculed her for her body weight and excessive hair growth.

Krenwinkel parents separated when she was 17 years old. She lived with her father after the separation. After completing her high school education, she earned herself a job teaching Catechism. During this period, she perceived herself as a nun.

Shortly after, Krenwinkel joined Spring Hill College in Alabama. However, she only took lessons for one semester before finally dropping out. She then went and lived in Manhattan Beach with her half-sister.


Association with the Manson Family

While living with her half-sister in Manhattan, Patricia Krenwinkel crossed paths with Charles Manson in 1967. During this period, other girls including Mary Brunner and Lynette Fromme were members of the Manson cult. Later interviews with the cops unveiled that Krenwinkel went to bed with Charles on the first day they met. Krenwinkel pointed out that Charles showed her the attention that she craved for. As a result, she decided to follow him to San Francisco.

In 1969, Krenwinkel and other few members of the Manson Family convinced George Spahn to permit them to reside on his ranch. After this, Krenwinkel showed her full dedication to following Charles Manson. Often, she played the role of a motherly figure to the rest of the members that resided on the ranch.

Later that year, she was sent by Manson to the residence of Roman Polanski who lived with his wife called Sharon Tate. By morning Polanski’s wife, Tate and other members of the house had been brutally killed. The following day, Krenwinkel killed another person called Rosemary LaBianca.

Following a series of several crimes that occurred in late 1969, Patricia Krenwinkel was jailed. In March 1971, she was found guilty. The jury sentenced her to death. Fortunately, in 1972, California banned the death penalty. Consequently, her sentence reduced to life imprisonment. As of 2012, Krenwinkel is the longest-serving inmate in California.