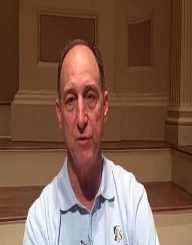 Steven Grogan was born on July 13th, in 1951. He is infamous for his association with the Manson Family. Grogan served a 15-year sentence in prison after killing Donald Shea.

Steven Grogan was born on July 13th, in 1951. Before indulging in criminal activities, Grogan honed his music talent. He, however, did not complete his high school education as he quickly dropped out. His parents lost hope in him, and as a result, they abandoned him at Spahn Ranch. Here, he earned a small income for the odd jobs that he carried out.

The Ranch’s manager, Donald Shea developed a liking for Grogan due to his work. As a result, Shea at times surprised him with fancy clothes. Moments later, Charles Manson would also join him in the Spahn Ranch. Like Manson, Grogan also befriended Dennis Wilson.

In 1969, Grogan was sent to Camarillo State Mental Hospital for observation. Previously, he exposed his penis to a number of school children. However, he made his return to the ranch after spending two days at the mental hospital.

Afterward, Grogan aided Bruce Davis and Manson in the killing of the ranch holder, Shea. Manson and his friend Davis were sentenced for life in jail. However, Grogan was sentenced to death. Nevertheless, James Kolts, the judge, concluded that Grogan was too stupid to make decisions on his own. As a result, his sentenced was reduced to life imprisonment.

Subsequently, Grogan also aided the authorities in finding Shea’s body from the location where it had been buried. He was freed from prison in 1985 after being pardoned.