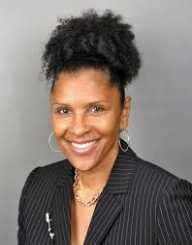 Lynette Woodard is an American actress and basketball player famously known as the first woman to play for the iconic Harlem Globetrotters.

Lynette Woodard was born on August 12, 1959, in Wichita in the state of Kansas. She got her early education at Marshall Junior High School. She then joined Wichita North High School. After her graduation from high school in 1977, she enrolled at Kansas University in 1977. She graduated with a degree in Arts, majoring in Speech Communication in 1981.

Her love for basketball started early in her childhood. She was introduced to the game by his elder brother and her cousin who played for the famous Harlem Globetrotters. With her height and lithe physique, she was a natural player on the field. Since most of the players were boys, Woodard started on the court with the tough all boys’ teams.

Lynette Woodard's ability was recognized by her basketball coach while in high school. Due to her competitiveness, she was asked to join the varsity team. She declined until the following year. As a young girl from Wichita North High, she led her team to the national championships between 1975 and 1977.

Woodard had a good time playing for the Kansas University team. Between 1977 and 1981, she set various records on the court during the college NCAA games. Woodard had national records in steals, rebounds, shots, and blocks. She represented the university during the world university games in Moscow in 1979. To prove her prowess as the most prolific rising star, she got the most valuable player trophy thrice in four years. She missed out of the Moscow Olympics following the American boycott of the games. Woodard won gold with the American team in the 1984 Olympic Games.

After graduating from Kansas University, Lynette Woodard left for Europe. She got a contract in Italy to play professional basketball. She was there during the 1981 to 1982 seasons. She returned to Kansas University after the 1982 season. She was appointed team coach of the college women team.

The Harlem Globetrotters drafted her into the team in 1985. She stayed with the Globetrotters until 1987. Woodard then left again for Italy. She played in the Italian league from 1987 to 1990. In the last season with the team, Woodard won the national trophy.

After her success in Europe, Woodard went to Asia. She joined the Japanese league, playing for Daiwa Securities. With Daiwa, she won a divisional championship medal. At the end of 1992, she returned to Kansas. She served briefly as a sports director in Kansas City. During that period, she was also involved with the US national team.

Lynette Woodard had a brief retirement from 1995 to 1997. During her retirement, she was part of the Atlanta Olympics Games Committee. The committee successfully managed to bid for Atlanta City to host for the 1997 summer games. She also took up a job in the stockbroking chambers in Wall Street, New York. She became the marketing head for the Magna Securities Corporation.

When the Women National Basketball Association was formed in 1997, Lynette Woodard decided to join the professional league. She played for two seasons from 1997 to 1999. First, she played for the Cleveland Rockers, and then for the Detroit Shock.

Her love for her former college took her back to Kansas. She was to become the head coach for the women basketball team in 2004. In 2017, she became the coach of Winthrop Eagles, a WNBA team from South Carolina. She is also an expert financial advisor with the Cornerstone securities in Kansas.

Though not actively involved in basketball as a player, Lynette Woodard is still an advisor in athletic matters in Kansas. She is a basketball Hall of Famer, an All-American star, an Olympic gold medalist and a Pan American gold medalist. She was the first woman to play for the Globetrotters. Some of her high schools playing records are still unchallenged until today.

With all these facts, Woodard truly stands out as the most celebrated female basketball player in the history of the United States of America. Woodard also tried her hand in acting. She has four movies in her name. These are Hammer, ABC After Schools Special, and Heart and Soul.

She is currently living in her Kansas hometown.