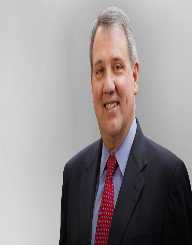 William Jay Bowerman is famously known for his contributions in sports and co-founder of Nike. He was an American citizen born on 19 February 1911 in Portland, Oregon, U.S. Bill was also an athletic coach for track and field and had developed an interest in football from high school. For four years, Bill served in the American Army in the battle against the Pearl Harbor attack but later embarked on coaching. He was also the man behind the jogging exercise as a way of physical fitness in America. Bill died at a prime age of 88 years on December 24, 1999, in Fossil, Oregon.

Bill Bowerman who was also known as William Jay Bowerman was born to Jay Bowerman. He was born on 24 December 1911 in Portland, Oregon, U.S and grew up in Fossil shortly after his parents divorced in 1913. His other siblings were Dan, Mary, Elizabeth and Thomas who was his twin. Thomas, however, passed away in an accident that occurred in an elevator at the age of two.

Bill Bowerman went to two schools namely Medford and Seattle and was a very passionate footballer. He later joined the University of Oregon in 1929 where he studied journalism and continued playing football. When he graduated from the University of Oregon, he was employed as a coach at the Franklin High School football team in 1934. He also coached the football team at Medford High School in1935.

Bill Bowerman was enrolled as a lieutenant in the second position at the American Army in 1941. It was the time when Pearl Harbor was under siege, and he took over the command of Fort Lawton, in Washington. He was transferred to Camp Hale in Leadville, Colorado in 1942. He also became the commanding officer leading the 86th Regiments First Battalion in Italy. Bill was awarded 4 Bronze Star Medals and one Silver Star Medal for being a loyal and diligent soldier. He left the Army in 1945 and went back to what he loved most which were training and tutoring at the Medford High School.

Bill Bowerman was promoted as the head coach of the University of Oregon track team in 1948 and coached the relay team in 1962. His team was composed of athletes like Vic Reeve, Keith Forman, Archie San Romani and Dyrol Burleson. It is during these training that he introduced jogging as part of their exercises to enhance fitness. This was an exercise he learnt of in New Zealand and felt it was good to establish it in America. Bill published several books and articles that illustrated how jogging could be done as a useful exercise for physical fitness. His most successful jogging book was published in 1966 containing ninety pages only.

With passion in athletics and sports, Bill Bowerman felt that it required an athlete right sports gears to attain better performance. He introduced a company known as ‘Blue Ribbon’ that dealt with footwear and later renamed it in 1964 as ‘Nike.’ The ‘Nike Cortez’ was Bill’s idea and creativity which he came up with in 1968 and was loved by many in the sports world. To date, Nike is still the bestselling brand in the realm of sports. Together with Phil Knight and Geoff Hollister, the trio formed an athletics team in 1977 which they named ‘Athletics West.’

He was given the award ‘The Bowerman’ which was made by the U.S Track & Field and Cross Coaches Association.

Bill Bowerman married his high school sweetheart Barbara Young Bowerman in 1936, and to him, two sons Jon and William were born.

Bowerman had what was considered as the most peaceful death since he died in his sleep in 1999 at his Oregon home in Fossil.