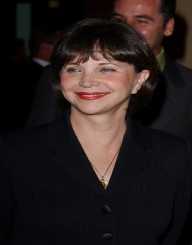 Cindy Williams is an American actress and is known for her work as Shirley Feeney in the television sitcom Laverne & Shirley.

Cindy Williams is also famous for her role as Laurie Henderson in the film American Graffiti which earned her a BAFTA nomination.

Cindy Williams was born on August 22, 1947, in Van Nuys, Los Angeles, California. Her star sign is Leo. Her mother was Francesca and father Beachard Williams, an electronic technician. The family moved to Dallas, Texas when she was one and returned to San Fernando Valley when she was ten. She had a sister Carol Ann Williams and an older half-brother Jim from her mother’s previous marriage.

From childhood, Cindy Williams had dreams of being an actress and used to create and perform her plays. She was a great fan of Debbie Reynolds.Cindy Williams studied in Birmingham High School and graduated in 1965. Her classmates included actress Sally Field and talent agent Michael Ovitz. She attended the Los Angeles City College where she majored in theater arts.

The family was not in poverty but poor and she worked as a waitress. After college, she auditioned for commercials, television and film roles. She worked in commercials like Foster Grant sunglasses and TWA. She also landed roles in television in Room 222 and

Cindy Williams improved her acting skills and trained at The Actors Studio West and was able to get important film roles. She acted in George Cukor’s Travels with My Aunt (1971); as Ron Howard’s sweetheart Laurie Henderson in George Lucas’s American Graffiti (1973) and In Francis Ford Coppola’s Conversation (1974). She earned a BAFTA Best

Supporting Actress nomination for American Graffiti. She was however not successful when she auditioned for Lucas’s next project Star Wars and lost the role of Princess Leia to Carrie Fisher.

The three films that she had acted were classic films, and her performance appreciated. However, her career did not pick up. She could not go back to waitressing as she was famous. Cindy Williams then set up a writing team with her friend Penny Marshall. The producer of the popular television sitcom Happy Days was Penny’s brother Gary Marshall. In 1975 he invited Cindy and Penny to do a stint in the sitcom as Shirley Feeney and Laverne De Fazio; friends of the character Fonzie. Their appearance was so popular that Gary

Marshall commissioned a spin-off Laverne & Shirley which aired from 1976 till 1982. By then Cindy Williams was married and had to leave the show after the second episode of the last season because she was pregnant. She also had differences with her friend Penny.

In 1990 Cindy Williams returned to work in television series like Normal Life and Getting By. She also guests starred in popular television shows. She also performed on stage on National tours of Grease, Death Trap, Moon over Buffalo and Nunsense. Cindy Williams made her Broadway debut as Mrs. Tottendale in The Drowsy Chaperone. She did Jenny Craig Commercials and acted in guest spots in the TV show For Your Love (1998).

In Nov 2008 Cindy reunited with Eddie Mekka her costar in Laverne & Shirley in the comedy production. It had to be you. She reunited with Penny Marshall on Sam & Cat in the episode #Salmon Cat (2013). She has published her memoirs Shirley, I Jest (co-written with Dave Smitherman) in 2015. Cindy Williams is engaged in the celebrity branding for Visiting Angels a Senior Citizen’s Service.

Cindy Williams was cited as The Most Promising Movie Personality in John Willis’s 1974 Film Annual ‘Screen World’ book. Cindy Williams received a Star on The Hollywood Walk of Fame at 7021 Hollywood Boulevard, in California on 17 August 2004.

Cindy Williams married Bill Hudson of the musical trio Hudson Brothers in 1982. The marriage ended in divorce in 2000. She has two children a daughter Emily (1982) and a son Zachary (1986). Cindy Williams faced a lot of criticism and hated mail for an article written in the Washington Post. The article was not written by her but by Cindy Williams, a Research Fellow at MIT.