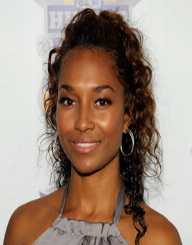 Rozonda Ocielian "Chilli" Thomas was born on February 27, 1971, in Atlanta, Georgia, United States. She is an American singer, actress and former member of the famous female R&B trio TLC. She gained fame in the 1990s when she became a member of TLC. The trio made history in the 20th Century as the best-selling girls' group in their time. TLC ceased to exist in 2002 when Lopes one of its members died. Rozonda, however, continued with her musical career and also appeared on numerous television series.

Chilli was born Rozonda Ocielian Thomas on February 27, 1971, to Abdul Ali and Ava Thomas. She was born in Atlanta, Georgia, United States. She was brought up by her mother as her parents separated before she was born. Rozonda never knew her father until the age of twenty-five when the two met. She went to Benjamin E. Mays High School and graduated in 1989.

After high school, Rozonda Thomas became a backup dancer for Damian Dame an American R&B Duo. The Duo was signed by LaFace Records which had also signed a contract with TLC. TLC was a new R&B trio comprised of three female singers. The director of the group wanted another female artiste to join the group to replace singer Crystal Jones.

Rozonda was selected to replace Jones and was renamed ‘Chilli’ to become the ‘C’ in the TLC. She was good looking and had a sweet, smooth voice which gave TLC a new look. She played an important role in TLC singing and dancing together with Tionne ‘T-Boz’ Watkins and Lisa ‘Left Eye’ Lopes. The group became one of the most successful ones in the 1990s. It made a sale of up to forty-five million albums globally. Their 1994 album ‘CrazySexyCool’ was a remarkable work which elevated the group to be ranked on the R&B and Pop charts. Their next album was ‘FanMail’ which alongside ‘CrazySexyCool’ won a Grammy Award.

In April 2002, the group faced a tragedy with the loss of one of its members Lopes. Lopes died before they had finished recording their final album known as 3D. Thomas together with Watkins worked together to complete the album and released it by the end of 2002. Their work was a success inspiring other female singing groups such as the Spice Girls and Destiny’s Child.

TLC was disbanded, and Rozonda Thomas decided to go solo working on her album which began in 2000. However, her first album was shelved due to conflicts from scheduling and delays by the studio. In April 2008, she released her first solo single titled ‘Dumb, Dumb, Dumb.’ In 2012, she featured in a music video ‘Nothing on You’ by Tyrese. She released her second solo single ‘Body’ in January 2016.

Shortly after her last single, Rozonda Thomas appeared in several television shows as a guest including ‘Strong Medicine,’ ‘The Parkers’ and ‘Living Single.' In 1992, she featured in Kriss Kross’ video ‘Jump.’ She also appeared in ‘A Diva’s Christmas Carol’ and ‘Snow Day’ in 2000. She also took acting roles in films like ‘Ticker’ and ‘House Party 3’ in 2001. In 2013 she appeared on the second season of ‘Rachael vs. Guy: Celebrity Cook-Off.' In 2016, she took up a role as Zora Neale Hurston in the film ‘Marshall.’

Rozonda Thomas became romantically involved with producer Dallas Austin by whom she became pregnant at the age of twenty. However, she aborted the baby due to the pressure she faced from outside and for career reasons. Rozonda continued her relationship with Austin and had one son named Tron Austin born on June 2, 1997. She dated Usher for two years from 2001 until December 2003 when they broke up. She is currently forty-seven years old.