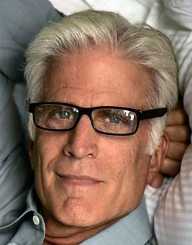 Ted Danson was born on December 29, 1947, in San Diego, California, USA. His parents were Jess and Edward Danson.

As a young adult, Ted Danson attended Stanford University. However, he later transferred to Carnegie Mellon University. He later graduated from this college with a bachelor’s degree in drama in 1972.

Danson’s acting career first began in the 1970’s. During his first few years on television, he played mostly bit characters. One example of a bit character he played was ‘Injured Man on Stretcher’ in Trapper John, M.D. Some of the other television show she appeared on during this decade include The Doctors, Mrs. Columbo, and The Amazing Spider-Man (1979).

Danson’s acting career began to pick up in the 1980’s. He earned his most noteworthy role as the character Sam Malone in the television show Cheers in 1982. He would go on to act in this role for eleven seasons, over the course of a decade. While working on this show, he also continued to work as bit characters in television shows, made-for-television movies, and films. Some of the other projects he worked on during this decade include Benson, Taxi, Body Heat, A Fine Mess, and Just Between Friends.

After the end of Cheers in 1991, Ted Danson returned to working in bit parts in television shows until he landed another recurring role as the character Mike Logan in Ink in 1996. He only acted on this show for one season. He also played Dr. John Becker in Becker beginning in 1998. Some of the other films and television show that he acted in during the 1990’s included Made in America, Pontiac Moon, The Simpsons, Frasier, Loch Ness, Homegrown, and Diagnosis Murder.

Ted Danson continued to act on Becker until the show’s end in 2004. He later took on another recurring role on the show Help Me Help You from 2006 to 2007. Later on, in 2007, he also started to act on the show Damages as the character Arthur Frobisher. He stayed on this show until 2010. Some of the other shows and movies he acted on while also working on the above shows include Mad Money, The Open Road, King of the Hill, and The Human Contract.

Ted Danson continues to act as of the 2010’s. In 2011, he began acting as the character D. B. Russell on CSI: Crime Scene Investigation. He acted on this show until 2015. He then became working on the shows Fargo and CSI: Cyber, both in 2015, both for only one season. Throughout the decade, he also worked on the show Curb Your Enthusiasm until 2017. He is currently working on the show The Good Place as the character Michael, which is a role he started in 2016.

Ted Danson is known to be an environmental activist. One of the things he has done to show his support for the cause is co-written the book Oceana: Our Endangered Oceans and What We Can Do to Save Them. The book was co-written with Michael D’Orso.

Ted Danson has also been known to record himself reading Dr. Seuss books like The Cat in the Hat and The Lorax, which have been made into audiobooks.

During Danson’s acting career, he has won almost a dozen awards and has been nominated for almost fifty others. Some of his most impressive awards are listed below.

Ted Danson earned his Star on the Walk of Fame in 1999.

Ted Danson was first married in 1970 to a Randy Gosch. However, this couple divorced in 1975. He soon remarried to Casey Coates in 1977. Together, this couple had two children: Alexis and Kate Danson. This marriage later ended in divorce in 1993. Ted Danson married for the third time to Mary Steenburgen in 1995. Danson and Steenburgen are still married as of 2018.