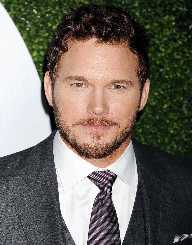 Christopher Michael Pratt was born on June 21, 1979, in Virginia, Minnesota. His mother Kathleen Louise was a worker at a supermarket, and his gather Daniel Clifton used to work in mining until he switched to remodeling houses. Pratt’s father died in 2014 from multiple sclerosis. Pratt grew up in Lake Stevens, Washington. During his time in high school, Pratt was a wrestler.

During his first semester at a community college, Pratt dropped out. He began working as a discount ticket salesman, and at one point even worked as a daytime stripper. He was not succeeding at his jobs and ended up homeless in Maui, Hawaii, where he used to sleep in a tent.

Pratt was 19 years old and worked waiting tables in a Maui restaurant when Rae Dawn Chong discovered him. She cast him in her horror movie Cursed Part 3, filmed in Los Angeles. This appearance was followed by Pratt being cast in the television series as Harold Abbot in Everwood. When the show got canceled, he began starring in The O.C. in its fourth season. In 2009, Pratt auditioned for the role of James T. Kirk in Star Trek, as well as for the role of Jake Sully in Avatar.

After failing to get a role on these big projects, Pratt decided to try out for a role in the NBC comedy series Parks and Recreation. He was cast for the role of Andy Dwyer, who was only meant to be a temporary character. However, the audiences liked the character and producers decided to bring Pratt on as a series regular. The show ran for seven seasons until 2015.

In 2011, Pratt starred in the film Moneyball as baseman/catcher Scott Hatteberg. He was initially told to be too fat and had to lose 40 pounds for the role. The same year, he had to regain his previous weight for the movie 10 Years. In 2012, Pratt was cast in the film Zero Dark Thirty as a Navy SEAL. In 2013, Pratt starred opposite Joaquin Phoenix in sci-fi romance film Her.

In 2013, Pratt was offered a role in the Marvel Studios’ Guardians of the Galaxy as Peter Quill/ Star-Lord. He initially turned the role down, but after talking to the director, James Gunn changed his mind. 2014 began successfully for Pratt. He appeared in The Lego Movie, which became the third highest grossing film of 2014, and later that year, Guardians of the Galaxy were released. For the latter, he was awarded the CinemaCon Award for Breakthrough Performer.

In 2013, Pratt replaced Josh Brolin for the lead role as Owen Grady in Jurassic World. The film was a major box-office success and grossed $1.670 billion worldwide. The sequel to the movie is scheduled for a release in 2018. Pratt went on to star in the remake of Western The Magnificent Seven.

Chris Pratt met his future wife Anna Faris on the set of Take Me Home Tonight in 2007. The couple got engaged in 2008 and married the following year in Bali. In August 2012, their first son Jack was born. He was born preterm, and the couple dreaded the poor prognosis of the baby.