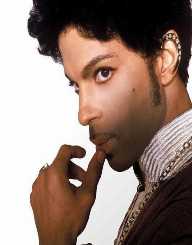 American singer and songwriter Prince Rogers Nelson was born on June 7, 1958, in Minneapolis. His mother Mattie Della was a jazz singer, but his father John Lewis was a pianist and songwriter. He was given his father’s name Prince Rogers, which he used while playing in a jazz band. Prince had a younger sister Tika, and both siblings shared an interest in music.

While he was young, Prince was suffering from seizures, but they stopped after a while. When he was ten years old, his parents separated. Prince had to switch homes to live with his father and his mother and her new husband. Prince attended high school in Minneapolis. In school, he played football, basketball, and baseball.

By the time Prince was in high school, he could already play multiple instruments. In 1975 he, his cousin’s husband and a couple of other locals started to record tracks. During this time, Prince was mostly playing guitar and writing songs, which later were included in the album Minneapolis Genius-The Historic 1977 Recordings.

In 1976, Prince created his first demo tape, but his producer Chris Moon couldn’t secure a records deal. He gave the record to a local business manager, who signed Prince and financed a demo recording in Sound 80 studios in Minneapolis, which resulted in interest from several records companies.

Prince signed a record with Warner Bros with an agreement of Prince’s full creative control and ownership of the publishing rights. His first album For You was released in 1978. For this record, Prince wrote, composed, arranged and played 27 instruments. The following year, he created his band. In 1979, the next album Prince was released, which reached No. 4 on Top R&B/Black albums and went platinum. In 1991, Prince played the opening for The Rolling Stone on their US tour. Prince began his tours in 1982.

In 1981, Prince formed a band named The Time, with whom he released four albums. The lead vocalist was Morris Day, while Prince was playing most of the instruments. One of the songs of The Time, “International lover” won Prince his first Grammy Award nomination.

In the 1980s Prince had requested his managers to obtain a deal for him to star in a motion picture. His management got him a deal for the 1984 film Purple Rain, which was a major hit. The album with the same name sold more than 13 million copies and was Billboard Top 200 Album’s No.1 for 24 consecutive weeks. Prince won the Academy Award for Best Original Song and won two Grammy Awards.

Prince worked on two separate projects - Dream factory and solo album Camille. Dream factory had a lot of input from his band members, including solo performances. Camille was a new project, where Prince created an androgynous persona who sang in a speed-up, female-sounding voice. In 1986, Prince started his Hit n Run- Parade Tour. After the tour, his previous band The Revolution was disbanded. After this, Prince consolidated his two projects into a three-LP album Crystal Ball, but it was trimmed to double album Sign of the Times.

In 1989 Tim Burton asked Prince to record several songs for his upcoming comic book adaptation, Batman. Prince produced a nine-song album, which was released in the same year.

In 1991, Prince’s new band the New Power Generation made its debut by releasing the album Diamonds and Pearls, which was majorly successful. The following year, Prince’s 12th album Love Symbol Album was released. The album sold 2.8 million copies worldwide. Prince had an enormous backlog of music, which he wanted to release at a slow pace. Since Warner Bros didn’t agree, Prince rebelled against the company and changed his name to. The company had to organize a mass mailing of floppy discs to print his new name. Until 2000, Prince was referred to as The Artist or as The Artist Formerly Known as Prince. Prince started to release his albums more quickly, to release himself from obligations to the company. His last album with the company was Chaos and Disorder, which was one of his least successful albums.

After leaving Warner Bros, Prince released his album Emancipation, which went Platinum. The album was first to feature Prince recording covers of other artist songs. In 1999, he signed with Arista Records and released his album Rave Un2 the Joy Fantastic.

After signing with his new company, Prince changed his name back. In 2002, Prince released his album One Nite Alone… Live!, a 3 CD set of records from his tour with the same name. He also started to release his music via web page NPG Music Club.

In 2004, Prince was introduced into Rock and Roll hall of fame. The same year he released the album Musicology, which was most successful outside of U.S. In the Musicology Tour Prince played 96 concerts. For the album, he won 2 Grammy awards. In 2006, Prince appeared in various awards ceremonies. He also became a regular at the Rio All-Suite Hotel and Casino. The same year, his song for the film Happy Feet “The Song of the Heart” won a Golden Globe.

In 2007, Prince played 21 concerts in London for his The Earth Tour. He was initially booked for 15 concerts, but the tickets were sold in the first 20 minutes, and later increased to 21 shows. In 2010, Prince received the Lifetime Achievement Award at the BET Awards.

In 2016, while Prince was on his Piano & A Microphone Tour, he had to postpone two performances. On April 7, he saw a family medicine specialist and released a statement that he is suffering from influenza. On April 14, Prince was still feeling ill but performed his concert.

On his way back to Minneapolis, he became unresponsive, and his jet had to make an emergency landing. Upon his return, Prince’s representatives sought specialists in addiction medicine and pain management. He was supposed to have his physical examination on April 21, but early that morning, a 911 call was received, requesting the ambulance to Prince’s house. Paramedics tried to revive him but concluded that he has been dead for around six hours. The official statement said that Prince died of accidental overdose of fentanyl.

After his death, no will was found therefore his sister, and five half-siblings have a claim to his estate. Also, around 700 people claimed to be his half-siblings or children.

Prince has been romantically involved with many celebrities, including Kim Basinger, Madonna, and Carmen Electra. In 1985, he was engaged to Susannah Melvoin, but the couple broke up. In 1996, he married his 15-year-younger backup singer Mayte Garcia, with whom he had a son. Their son was born with Pfeiffer syndrome and died a week later. The couple divorced in 2006.

Prince was a member of Jehovah’s Witnesses from 2001. He was also an active animal rights activist. He did not speak publicly about his philanthropic endeavors, but they were published after his death. Prince needed a hip replacement surgery since 2005. He often used canes in his performances and was also often seen walking with a cane at public events.