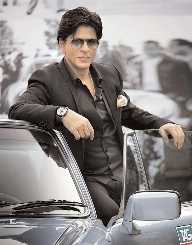 Shah Rukh Khan was born on November 2, 1965, in New Delhi, India. He spent his first years of life living in Mangalore where his grandfather served as the chief engineer or the port. His father was an Indian independence activist.

Khan and his family later moved to Rajendra Nagar neighborhood of Delhi. There his father worked in several businesses, including a restaurant. He was excellent in school and sports and attended the St. Columba’s School in central Delhi. Upon graduation, Khan received the school’s highest award- the Sword of Honor. During his time at school, Khan began to star in stage plays. After finishing high school, Khan enrolled in Hansrai College and earned his bachelor’s degree in Economics in 1988. Although he studied economy, Khan also spent a lot of time at Delhi’s Theatre Action Group. Khan began to study for a Master’s degree but left his academic career to pursue acting.

Shah Rukh Khan began working on the LekhTandon’s TV series Dil Dariya in 1988, but due to production delays, his TV debut turned out to be 1989 TV series Fauji. This led to his appearance in series Circus and Idiot. In 1989, he also starred in the English television film In Which Annie Gives It Those Ones. After his mother’s death in 1991, Khan found that acting can help him to escape his grief. He moved from Delhi to Mumbai to pursue a career in Bollywood.

After his move to Bollywood, Khan was signed to four movies. His debut film was Deewana in 1992. The film became a major box office success and launched Khan’s career. The same year his films Chamatkar, Dil Aashna Hai and Raju Ban Gaya Gentleman were released.

Early in his career, Khan gained popularity portraying various villains. His most famous films of the time were Darr and Baazigar. For his performance in Darr, Khan received the Filmfare Award for Best Performance in a Negative Role. He starred in several movies in 1995 and made his romantic comedy debut in the film Karan Arjun. His role as the romantic hero was established by the romance film Dilwale Dulhania Le Jayenge. He starred in several more projects, but for his role in the romantic comedy Yes Boss, Khan earned Filmfare Best Actor nomination and critical acclaim. During this time, Khan transitioned from being the villain to becoming India’s icon of romance.

In 1999, Shah Rukh Khan starred only in one movie, and his career took a slump. In 2001, he starred in the historical epic Asoka, which was screened at the Venice Film Festival and Toronto International Film Festival. Despite the positive reviews, the film did not do well at Indian box office. The same year, while filming an action scene, Khan suffered a spinal injury, which caused him a lot of pain. He tried out different therapies, but eventually in 2003 underwent spinal surgery.

In 2004, Khan transformed his company Dreamz Unlimited into Red Chillies Entertainment. He made the company’s first production Main Hoon Na. The film became the highest earning project in India that year, grossing around $14 million. In 2005, he starred in the fantasy drama Paheli, which was submitted for the 79th Academy Awards. In 2007, Khan once again won the Filmfare Award for Best Actor for his performance in the semi-fictional film Chak De! India. In 2008, while filming the Dulha Mil Gaya, he suffered a shoulder injury and had to undergo surgery.

In 2008, Shah Rukh Khan was offered a role in the Danny Boyle’s Slumdog Millionaire but refused it to pursue his project My Name is Khan. The film was based on a true story about a Muslim man who suffers from Asperger syndrome and travels across America to meet the president. The film became one of the highest grossing films of all time in India.

In 2013, Khan starred in the comedy Chennai Express, which earned mixed reviews. The film received a lot of criticism for its perceived disparagement of the South Indian culture. Despite the negative reviews, the film briefly became the highest grossing Bollywood film of all time. In 2015, he starred in a dual role in the thriller Fan. Khan began 2017 with starring in the crime-drama Raees.

While Shah Rukh Khan was working on TV in Delhi, he also took classes in the National School of Drama in Delhi. His father died of cancer in 1981, but his mother, who had diabetes died from complications in 1991. His sister felt in a deep depression after their parent’s death. Khan took responsibility for taking care of her and continues to live with him in Mumbai.

In 1991, Khan married Gauri Chibber in a traditional Hindu wedding ceremony. The couple had been dating for six years. They had a son in 1997, a daughter in 2000 and 2013, they became parents to their third child via surrogacy.