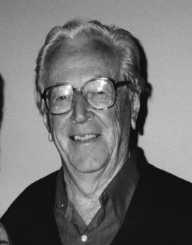 Charles M. Schulz was born on November 26th, in 1922. He earned his fame for being a talented American cartoonist. He is best remembered for the comic strip dubbed Peanuts.

Sited as one of the most influential cartoonists, Charles M. Schulz was born on November 26, 1922. His birthplace was in Minneapolis, Minnesota to a German father and a Norwegian mother. He started showing his talent when he began doing his drawings at a small age. Sparky was a nickname given to him by his uncle two days after he was born.

One of Charles Schulz's proudest moments of his early life came in 1937 when his drawing of a family dog named ‘Spike’ was featured in the nationally syndicated Ripley's Believe It or Not show. His small physic contributed to him becoming a shy teenager in his class.

Charles Schulz started his school life at Richards Gordon Elementary School in Saint Paul skipping two half grades. Later in his high school life, his drawing was rejected by the school yearbook. An encouragement by his mother made Charles complete a correspondence cartoon course at Federal School of Applied Cartooning.

Charles Schulz's ambitions of becoming a cartoonist started at a small age, he was captivated with strips like Popeye, Skippy and Mickey Mouse. In 1943 he joined the United States Army where he served as a staff sergeant based in Europe. However, he admitted not to have fired a single shot in his wartime service.

His debut cartoon series, Li'l Folks, was published in June 1947 by St. Paul Pioneer Press. The Saturday Evening Post bought his first one-panel drawing in May 1948, and 17 of his drawings were published by the post. He worked for three years with the magazine; He was offered a contract by a united press syndicate, where he made his debut on January 6, 1952, making fifty appearances that year with his Peanut comic. Between 1956 and 1965 he involved the youth in one of his comics ‘Young Pillar' a single panel strip that was linked with the Church of God.

Charles Schulz created Li'l Folks, a weekly series published in 1947 and later sports comic in 1957- 1959 It's Only a Game which short-lived because of the rise of Peanuts which was published on a daily basis in 75 countries by 2600 magazines. This earned him an excess of $1 billion yearly.

In 1962, Charles Schulz received the Humor Comic Award from the National Cartoonist's Society.  Later, in 1996, Schulz received a star on the Hollywood Walk of Fame. Similarly, he earned the Milton Caniff Lifetime Achievement Award in 1999.

Charles Schulz was engaged to Joyce Halverson from 1951 to 1972. Later he wedded Jean Schulz from 1973 until her demise.  He had five children Meredith, Craig, Monte, Jill, and Amy. Joyce Halverson, Charles' mother, died of cervical cancer in 1943 at the age of 50. This prompted him to join the army.

Charles Schulz's health began declining in 1981, during his hospital stay, Ronald Reagan, former U.S. President, made a phone call to wish Charles a quick recovery. Later in 1999, he was diagnosed with cancer of the colon leading to his retirement on December 14, 1999, since his eyesight had been affected.

Charles succumbed to his death on February 12, 2000, at 9.45 am in his sleep and his body buried in Pleasant Hills Cemetery in Sebastopol, California.