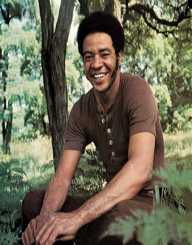 Bill Withers rose to fame as a fervent singer and songwriter. He is typically known for his debut song titled Lean on Me, No Sunshine and Just the Two of Us. His songs are projected with epic themes that speak to the person’s love life. In other words, his R & B song expresses how a person feels emotionally. Above all, the song creates a romantic ambiance for both the listener and the singer. To date, Bill’s songs are also heard in different commercials as well as inaugural festivals. His calling into the world of entertainment has drastically touched many hearts. Let’s see what Bill has in store for us.

At 78 years of age, Bill Withers still employs freedom in his day to day activities. He loves to travel to new places just as much as he loves to meet new people. He also likes to get involved in more than one project as long as he doesn’t take long to complete. He loves to play with inspirational words just to make those around him are happy and focused. Communication is also his best cup of tea. Born in the mid of the year means that he can be quite sensitive and full of emotions. Luckily, he has developed a stable life that allows him to help others on the way. Above all, Bill makes a good listener and most of all a fascinating one. Under his middle age year plays a sensible man who possesses excellent leadership skills. He is a perfect listener hence having the best memory that everyone envies. He can at times be curious to know more about his friends but don’t judge him; he is just the best of the best.

On 4 July 1938, William Withers Jr. was born in Slab Fork, the United States in West Virginia. He was the youngest lad of six siblings. He was born to a coal miner, William Withers Sr. and his mother was called Mattie Withers. At thirteen years old his father died where Bill opted to do odd jobs to make sure he has helped his family. At 18 years old, he joined United States Navy where he got his Naval trained. After successful training, he served in the Navy for nine good years. It was here that he got interested in a singing career as well as writing. He was pleased with his duty in 1965 where he went to Los Angeles to pursue his calling.

While still in Los Angeles Bill served as an assembler for different companies such as Douglas Aircraft Corporation. He saved more and went on to record his first demo on tape. He also took several opportunities where he went to perform at different clubs. Early in 1970 Bill landed his first gig with Sussex Records.

In 1971 Bill Withers released his first debut album called Just as I Am that featured songs like Grandma’s Hands and Ain’t No Sunshine. Stephen Stills acted as a guitarist. ‘Just As I Am' song cemented the Billboard charts. It was here that he went on his first tour The Watts Band. His other single Ain’t No Sunshine sold over a million of copies as well as earning Bill his first Grammy award.

With profound success and not counting failures, Bill launched his second album titled Still Bill. The album features songs like Lean on Me that topped number one on the charts. He managed to sell over four million copies as well as gaining a gold rank. He followed it up with Use Me in 1972 and the end; he received RIAA gold disc. It was in the same year that Bill went to perform live at Carnegie Hall.

In 1974 Withers continued to record a successful album, but his contract was cut short when he was declined to record with his former recording studio. The consequences didn’t stop him from writing or producing other songs. In fact, he gained extra energy that gave him a chance to create his song in latest records like Gladys Knight and The Pips record.

Soon, he signed an extended gig with Columbia Records. He launched his first album that was called as Making Music Making Friends. The album consisted of attractive singles such as ‘She’s Lonely’ that was later played in a film called Looking for Mr. Goodbar.

For three years consecutively Bill released three albums: Naked and Warm, Menagerie and Bout Love. The albums had resounding hits such as Get on Down and Lovey Day. In the mid of 1980s Bill partnered with Grover Washington Jr., a jazz saxophonist where they came up with another track titled Just the Two of Us. The song cemented the second position on the Billboard. In the process, he earned a Grammy award.

Bill won another Grammy award where he partnered with The Crusaders band, and they released Soul Shadow. He also collaborated with Ralph MacDonald where they released a song titled In The Name of Love. From 1977 to 1985 Withers came up with several albums including Watching You Watching Me that topped number forty in the R& B category. Unfortunately, his contract with Columbus Record ended in 1988.

In the course of his musical career, Bill became a Grammy Award holder for six times. He followed it up with awards like NACCP, ASCAP Heritage, West Virginia Music Hall of Fame and an honorary doctorate from Mountain State University. Early in 1973, Bill Withers married the love of his life, Denise Nicholas. The union led to a stumbling block in 1974 where they opted to part ways. In 1976 Bill married Marcia Johnson with whom he has two children Kori and Todd.