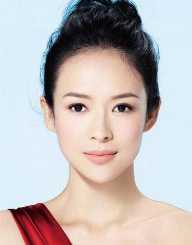 The Epitome of Beauty and Versatility: Zhang Ziyi

Chinese actress and model Zhang Ziyi was born on February 9, 1979, in Beijing, China. Her father Zhang Yuanxiao worked as an accountant and later on as a Govt. Economist. Her mother Li Zhousheng was a Kindergarten, school teacher. She has one older brother, Zhang Zinan. He owns an advertising agency. Zhang was tiny and frail, and her body was very slightly built during her childhood. Her parents enrolled her in dance classes so that she can strengthen her body.

At the age of 11, Zhang Ziyi was enrolled into a secondary school affiliated with the reputable Beijing Dance College. She got a specialization in folk dance while studying in the boarding school. She observed the fierce competition among the inmate girls of the boarding school to achieve some standing amongst the teachers and the parsimonious methods of the girls to chase it. She also did not like the approach of her peers and teachers and on one occasion fled the school to escape all those frustrating occurrences.

Zhang Ziyi won the National Youth Dance Championship at the age of 15 and also began working in television commercials. At the age of 17, she was accepted as a student of the renowned Central Academy of Drama at Beijing after a successful audition. She started receiving her first formal acting lessons in the Academy.

Zhang Ziyi made her film debut in 1998 while still studying in Central Academy of Drama in the Zhang Yimou directed film ‘The Road Home.’ She portrayed the character of a country girl madly in love with her teacher and won the Best Actress Award at the 2000 Hundred Flowers Awards for her performance in the film. The film also succeeded in winning the Silver Bear at the 2000 Berlin International Film Festival.

Following the success of her debut film, Zhang Ziyi was cast in a martial-arts movie ‘Crouching Tiger, Hidden Dragon,’ directed by Ang Lee. The film was released in 2000 and soon became a hugely successful venture both domestically as well as internationally. The film earned four Academy awards and became the highest grossing foreign language film released in the United States. Zhang achieved the Most Promising Actress award at the Chicago Film Critics Association Awards and Best Supporting Actress awards from the Independent Spirit Awards, and Toronto Film Critics Association Awards for her portrayal of a high-flying adventuress secretly enjoying her new life.

In 2001, Zhang Ziyi appeared opposite Jackie Chan and Chris Tucker in the action comedy ‘Rush Hour 2’, her first American film along with two other China-made movies ‘The Legend of Zu’ and ‘Musa.’ In 2002, she appeared in a Zhang Yimou directed film ‘Hero’ alongside Tony Leung as her co-star. The film went on to become a major success especially in the English speaking countries and earned nominations for an Oscar and a Golden Globe award in the category of Best Foreign Language Film. Her 2003 innovative drama film ‘Purple Butterfly’ contested in the 2003 Cannes Film Festival.

In 2004, Zhang Ziyi was again seen in the martial-arts genre movie ‘House of Flying Daggers’ directed by her one-time mentor Zhang Yimou. Her portrayal of a blind dancing girl, an able fighter in spite of her lack of vision, garnered her nomination for the Best Actress at the BAFTA Awards. Her next venture, a romantic drama film ‘2046’ by Wong Kar-wai was released in 2004. The cast of the movie was very impressive with many top Chinese actors and actresses featuring in the movie. Zhang played the role of a struggling prostitute in the film and was able to secure the Hong Kong Film Critics' Award and Hong Kong Film Academy Award for Best Actress for her exceptional performance.

In 2005, Zhang Ziyi first appeared in the film adaptation of Su Tong's novel ‘Women's Lives.’ The film titled ‘Jasmine Women’ attracted rave reviews and earned Zhang the Golden Rooster Awards for her performance. Her next film in the same year was a film by the Japanese director Seijun Suzuki. The film titled ‘Princess Raccoon’ was premiered at the Cannes Film Festival. Her third film of 2005 was ‘Memoirs of a Geisha.’ The film was an American adaptation of a bestseller of the same name. Zhang showed her playful musical tap-dancing prowess in playing the lead role of Sayuri in the movie and was nominated for the Golden Globe Award for Best Actress – Motion Picture Drama, BAFTA Award for Best Actress in a Leading Role and the Screen Actors Guild Award for Outstanding Performance by a Female Actor in a Leading Role.

Zhang was invited to join the Academy of Motion Picture Arts and Sciences, an offer she accepted on June 27, 2005, enabling her to vote in the Academy Awards. In 2006, she returned to China and appeared in the Chinese film ‘The Banquet.’ The film was broadly based on William Shakespeare's Hamlet. She was elected as a jury member of feature films at the 2006 Cannes Film Festival.

Zhang Ziyi also lent her voice to the character of Karai in the 2007 American animated film ‘TMNT.’ In 2008, she played the character of Meng Xiaodong, the lover of the legendary Peking opera actor Mei Lanfang, on whose life the film is based on. In 2009, she frequented America and China to appear in an American film titled ‘The Horsemen’ as well as in a Chinese film called ‘Sophie's Revenge.’ Additionally, she did one more film ‘The Founding of a Republic’ in the same year. She continued to perform various characters of different hues in the Chinese and American film industry showcasing her versatility and innovativeness.

Zhang Ziyi is considered one of the four most bankable actresses of China and one of the most familiar Asian actresses in the West.

Zhang Ziyi tied the nuptial knot in March 2015 with Chinese rock musician Wang Feng. The couple was blessed with a daughter on December 27, 2015.

Her contribution to the local film industry was the primary factor behind her obtaining the Hong Kong Residency in 2007 through the Quality Migrant Admission Scheme.