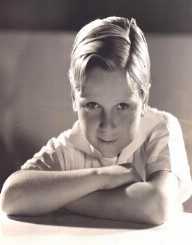 Jackie Cooper was born on September 15th, 1922. His birthplace was in Los Angeles, California. He was famous for being an American actor, TV director, and a producer. Cooper began acting while he was still a child and he successfully transformed his career into maturity. He broke records in the film industry for being the first child actor to be given an Academy Award nod. His role in the movieSkippy when he was aged nine also earned him another Academy Award nomination.

Jackie Cooper was born on September 15th, 1922. John Cooper, his father abandoned the family when Jackie was only two years. His mother, Mabel Leonard Bigelow worked on stage as a professional pianist. Young Cooper had been born in a family of actors and actresses. His uncle named Jack Leonard was a professional screenwriter while his aunt named Julie was an actress. C.J. Bigelow later became his stepfather and that he was a production manager.

When Cooper was three years old, he had begun appearing in movies as an extra. For example, there are instances where Cooper made a special appearance in Lloyd Hamilton comedy stints. Sooner or later, he landed better roles in films such as Sunny Side Up and Fox Movietone Follies of 1929. These marked his debut entry into the film industry. However, his roles in the film stand as uncredited.

In 1931, Cooper landed in another role which would later be classified as one of his greatest works when he was a child. He featured in Skippy. His role in the film was outstanding, and as a result, he was bestowed with an Academy Award nomination for the category of best actor. At this time, he was the youngest actor to be honored with this nomination. Cooper was only nine years old. This nomination brought a huge boost to Cooper’s career. Around this period, he began acting alongside Wallace Beery in some films including The Champ – 1933 and Treasure Island – 1934.

At the onset of World War II, Cooper served in the US Navy. Here, he demonstrated his leadership skills, and after that, he was awarded the position of a captain. He later returned to his career with an initial role on TV. He played the lead role in The People’s Choice which was an NBC’s production. Later, he was a guest star on the NBC drama dubbed Justice -1954. It did not take time before he also appeared on The Ford Show and afterward on the Armstrong Circle Theatre.

During the 70s and the 80s, Cooper was back in the limelight with the prominent film series called Superman. Here, he played the lead role as Christopher Reeve. His last film appearance was with his role on Surrender – 1987.

In 1944, Jackie Cooper married June Horne. Together they had one child before divorcing five years later in 1949. A year later, he married for the second time to Hildy Parks. This relationship was also not successful, and the couple ended up separating. In 1954, he tied the knot with Barbara Rae Kraus. Their loving relationship gave rise to three children. Cooper remained married to Kraus until her demise in 2009.