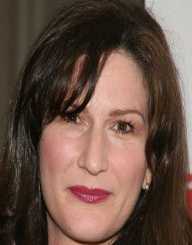 Ana Gasteyer was born on May 4, 1967. She is an American Actress. She is also a singer and a comedian. She is renowned due to her appearance in ‘Saturday Night Live.’ She is currently Fifty One years of Age.

Ana Gasteyer was born Ana Kristina Gasteyer on May 4, 1967, in Washington, D.C., United States. She was born to Phil Gasteyer and Mariana Roumell-Gasteyer. She studied at Sidwell Friends School. She later joined Northwestern University School of Communication. In 1989, graduated. She then appeared in ‘Powerhouse.’ She was later a theatre major while at the college.

In 1995, Ana Gasteyer started her career by appearing in the television film ‘Seinfeld.’ In 1996, she appeared in the film ‘A Small Domain’ and in television film ‘Saturday Night Live’ in which she appeared until 2002. She also appeared in ‘Party of Five’ as Emcee, ‘Hope and Gloria’ and in ‘NYPD Blue’ as Angie. In 1997, she played a role in ‘Courting Courtney’ as Rosemary Colletti.

In 1998, she featured in ‘Meet the Deedles’ as Mel. She also appeared in the television films ‘Law & Order’ as Monica’s Social Worker, ‘Just Shoot Me!’ as April and in ‘Mad About You’ as the Yoga Woman. In 1999, she appeared as Rose Mary Woods in ‘Dick.’ In 2000, she featured in the films ‘Woman on Top’ as Claudia Hunter and ‘What Women Want’ as Sue Cranston.

Ana Gasteyer also appeared in television films ‘3rd Rock from the Sun’ as Dr. Brand, ‘Geppetto’ as Sra. Giovanni and in ‘TV Funhouse’ she played various voices a role she played until 2001.

In 2009, Ana Gasteyer appeared in ‘Dare’ as Ruth Berger. She also appeared in the television films ‘Valentine’ as Mona McAllister and in ‘The Electric Company’ as Sandy Scrambler. In 2010, she featured in the television films ‘Chuck’ as Dasha, ‘Running Wilde’ as Anna Lowry and in ‘The Good Wife’ as Judge Patrice Lessner a role she played until 2014. In 2011, she featured as Jennifer in ‘Curb Your Enthusiasm’ and in ‘Suburgatory’ as Sheila Shay a role she played until 2014.

In 2012, she appeared in the films ‘That’s My Boy’ as Mrs. Ravenslade, ‘Robot & Frank’ as a shop lady and in ‘Fun Size’ as Jackie Leroux. In 2013, she played a role in the films ‘Geography Club’ as Mrs. Toles, ‘Peeples’ as Mayor Hodge and in ‘Rapture-Palooza’ as Mrs. Lewis. In 2014, she lent her voice to ‘Family Guy’ as Speed Dater. She also appeared in ‘The Goldbergs’ as Miss Cinoman a role she played until 2016.

In 2015, Ana Gasteyer appeared in the television films ‘The Mindy Project’ as Barb Gurglar, ‘Girls’ as Melanie Shapiro, ‘Younger’ as Meredith Montgomery, ‘Harvey Beaks’ as Tara and the Elderly woman’s voice, ‘Difficult People’ as Woman at a café, ‘Down of the Croods’ as Meep’s voice and in ‘Celebrity Name Game’ as a celebrity guest. She later featured in the film ‘Paul Blart: Mall Cop 2’ as Mrs. Gundermutt.

In 2017 Ana Gasteyer appeared in ‘Great News’ as Kelly and in ‘A Christmas Story Live!’ as Mrs. Schwartz. In 2018, she has lent her voice to ‘Voltron: Legendary Defender’ as Krolia’s Voice.

Ana Gasteyer got married to Charlie McKittrick with whom she had two children. She is currently Fifty One years.