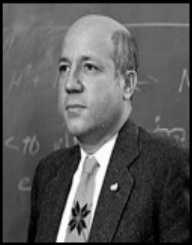 Melvin Ellis Calvin was born 8th April 1911, to Elias Calvin and Rose Herwitz. He was born in Minnesota, United States, in a town called St. Paul. The family moved to Detroit, Michigan, when Calvin was very young. He completed his high schooling at Central High School, Detroit, and graduated in 1928.

Melvin Calvin was awarded a scholarship to Michigan College of Mining and Technology, where he studied geology, mineralogy, paleontology and civil engineering. His studies were put on hold for a year during the Great Depression, as he had to go and work, but he returned to school and graduated with his Bachelor of Science Degree in 1931. He continued with his studies and achieved his Ph.D. in Chemistry from the University of Minnesota in 1935.

Melvin Calvin was awarded a grant from the Rockefeller Foundation which allowed him to concentrate on his postdoctoral work at the University of Manchester.

Melvin Calvin began his career at the University of California, Berkeley, in 1937. He lectured in chemistry. In 1947 he received a full professorship, and in 1963, became Professor of Molecular Biology. He stayed in the position until he retired in 1980. Melvin Calvin, along with Andrew Benson and James Bassham, were able to map the complete journey that carbon travels through plants during photosynthesis. They did this by using the carbon-14 isotope as a tracer. Before their work, it was thought that the sun acted on carbon dioxide to manufacture organic compounds in plants, but their research proved the sun acted on the chlorophyll in plants.

During the Second World War, Melvin Calvin worked for the National Defense Research Council. He also worked on the Manhattan Project, specifically the separating and purifying of plutonium from the other irradiated nuclear fission products in uranium. This was done by chelation and solvent extraction. He was one of the first members of the Society for General Systems Research in the 1950s and was the founder and Director of the Laboratory of Chemical Biodynamics. At the same time, he was the Associate Director of the Berkeley Radiation Laboratory, which is where much of his research was done over the years.

In 1964, he joined the Board of Directors at the Dow Chemical Company. It was just one of many boards that he sat on. In 1971, he was appointed President of the American Chemical Society. Melvin Calvin wrote seven books, and more than 600 scientific articles through the years. His autobiography was published in 1992, titled, Following the Trail of Light: A Scientific Odyssey.

Calvin’s major work is known as the Calvin Cycle, or the Calvin-Benson-Bassham Cycle. It is the work for which he was awarded the Nobel Prize.

Melvin Calvin was bestowed with many awards and honors, some of the more notable beings as follows:

Melvin Calvin married Marie Genevieve Jemtegaard in 1942. They had three children together, two daughters and a son.