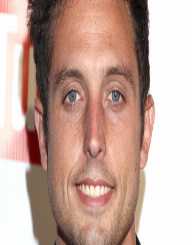 Sawyer Hartman is an American director, YouTube star, vlogger and scriptwriter. As a renowned You Tuber, he has emerged a remarkable scriptwriter, vlogger, and director on his trending YouTube channel, 'sawyerhartman.' He is well known for his short films, 'Thru My Eyes' videos and other video challenges that he posts on his channel. He has excellent photography skills that have attracted over 1.5 million subscribers to his channel.

At just 27, Sawyer Hartman is today worth $1.5 million. He is very talented and creative and has worked so hard to reach where he is now. He has 740K followers on Instagram, 874K on Twitter and over 516K on Facebook.

Sawyer Hartman, also known as Sawyer Joseph James Hartman, was born on May 4, 1990, in Atlanta, Georgia to Jim Hartman, a pilot and Karen Hartman. When he was young, he used to watch James Bond movies with his father. At the age of seven, his parents got divorced, and he barely saw his father after that. Despite the divorce, his parents have been supportive in molding him, and they both inspired him. His grandmother, Dorothy then moved in with them after the divorce. He grew up being very close to both his mother and grandmother.

His childhood best friend was Matt Onofrey, and to date, they are still tight. He loved entertaining from a young age. He could dress up and perform for his parents and family. When he was 18, he dropped out of college to follow his dream of being an actor. He later met Joey Graceffa, a You Tuber too. Joey became his roommate and was like family to him.

After dropping out of college, Sawyer Hartman moved to Los Angeles to chase his dream of becoming an actor. It was however not an easy task. He encountered so many difficulties until he came across YouTube when he realized he had a passion for photography and recording. He also discovered that his real happiness was in directing. He decided to take up directing seriously and started working with other You Tubers.

Soon after, Sawyer Hartman met Jonathan Coco and his journey of directing short films for him began. He shot and directed his first film, 'Welcome to Tokyo' in 2014. The film was loved by the public, and it made him become widely known. This popularity drove him to shoot and direct 'Parallax,' his second short film later in the same year. In 2015, he directed a short Sci-Fi film, 'The Parallax Theory,' which is his most famous film up to date. This 90-minute film has left everyone meditating ‘on whether humans are a doomed species.’

Sawyer Hartman is currently shooting and directing some traditional projects out of YouTube. He is also working on huge forthcoming projects.

The dashing YouTube star and director loves to travel and this love is seen in most of his videos. He hopes to travel all over the world and explore the universe. His favorite movies are horror movies. Sawyer also loves music, especially 1960's rock music. His best meal is Reece's peanut butter cups and fondue. He loves animals too and adores his family, friends, and fans. Sawyer Hartman is currently dating the fantastic movie actress Angelique Cooper.

Sawyer Hartman is exceptionally passionate about his work and tries to build his career each day. Directing films has become part of his daily life and is always uncomfortable when he takes breaks from what he does. He also seeks to promote human welfare and hopes to play a part in world peace. He has a crush on cameras and software. His inspiration comes from Leonardo Di Caprio.

His former girlfriend, Blair Fowler, who also makes YouTube videos introduced YouTube to him. She encouraged him to create his own. Sawyer Hartman owes all of his success to her, and they are still friends to date.