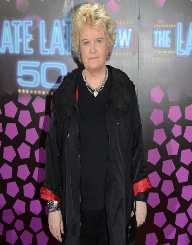 Theater, movie and television actress Brenda Fricker was born on February 17, 1945, in Dublin, Ireland. She hailed from a humble and culture-oriented background. Her father, Desmond Frederick Fricker worked with the Irish Govt. as an officer in the Department of Agriculture. He used to double up as a journalist in his evening time and was associated with ‘The Irish Times’. Brenda’s mother Bina was a teacher by profession and worked at the Stratford College. Brenda's parents inspired her want to embrace journalism as a profession. Following the footsteps of her father, she even worked as an assistant to the art editor of The Irish Times. She had all the motivation and passion to become a reporter before accidentally embarking upon a career as an actress.

Brenda stepped on to the acting scenario at the age of 19. She made her film debut in the 1964 film ‘Of Human Bondage’ having appeared in a small uncredited role. The film was written on the basis of the 1915 novel of the great English novelist W. Somerset Maugham. As Brenda continued to pursue acting, her appearances in the local Irish Theatres helped her immensely in sharpening the requisite skills. She subsequently gained valuable acting experience by performing at the national level. Eventually, working with the Royal Shakespeare Company and Great Britain's Court Theater Company gave her good exposure and subsequently helped her climb up the ladder of success.

She appeared as a staff nurse Maloney in the British fictional soap opera ‘Coronation Street’, produced by Grenada Television and shown on ITV. The show was on air since December 9, 1960. However, her appearance on the show started on January 10, 1977. She became a household name in Great Britain in another role of a nurse. Her portrayal of the character of nurse Megan Roach in the BBC One television drama series ‘Casualty’ caught the imagination of the audiences of the United Kingdom and garnered wider recognition and profound acclimation from the television fraternity. She also appeared in Ireland’s first soap opera ‘Tolka Row’ being telecast between January 3, 1964, and May 31, 1968.

In the 1990s, she began her journey in the United States and appeared in a number of television shows. The American television soon felt her strong presence as she portrayed varied characters in different television series'. Films like ‘Lethal Innocence’ (1991), ‘A Man of No Importance’ (1994),  ‘A Time to Kill’ (1996), ‘Moll Flanders’ (1996) and the miniseries ‘The Sound and the Silence’ (1993) are some of her well-known performances.

After having appeared in some small, insignificant and mostly uncredited roles in different movies she stole the limelight in the 1989 film ‘My Left Foot’. She played the role of a mother of a cerebral palsy-afflicted boy in this film. Her exceptional and outstanding performance in the film earned her an Academy Award For Best Supporting Actress besides a number of other awards as well.

During the 1990s she ventured into Hollywood and played some memorable roles in films such as ‘Home Alone 2: Lost in New York’ (1992) and ‘So I Married an Axe Murderer’ (1993). Her performance in the 2003 film ‘Veronica Guerin’ earned her a nomination for Best Actress in the Irish Film & Television Award. Among her many films, her role in the 2015 film ‘Shamrock Boy’ is rated very highly and is prominently placed in her filmography. She along with the actress Olympia Dukakis played the role of same-sex couple in the 2011 film ‘Cloudburst’. They became the first pair of Oscar Award-winning actors to portray such characters. The LGBT community hailed their pairing in the role of a same-sex couple as a cultural milestone. This role eventually lead them to win many awards for the film all over the world.

Brenda married Barry Davies in 1979. The couple divorced in 1988. The alcoholism of Barry was the main reason behind this divorce. However, they later reconciled and started staying together from 1990. Unfortunately, Barry passed away the following year prematurely. After her husband’s death, she also had to battle depression for a long time. As per reports, she had also tried to commit suicide 32 times.

Her hobbies include her pet dog, drinking an Irish dry stout named Guinness, playing snooker and reading poetry. She is a self-proclaimed champion of snooker having claimed to have defeated the entire crew of her film ‘My Left Foot’.

Brenda has the distinction of being the first Irish lady to have won an Academy Award. She presently stays in Dublin, Ireland.